II. He on She: The Oppression of Consolation

Dafoe’s character is at first portrayed as a caring husband. As the couple walk through the cemetery at their son’s funeral, He weeps, but abandons his own grieving to come to the aid of his fainting wife.

But he is also overbearing, bickering about her being over-prescribed medication and taking a domineering stance against her doctor. He is dead set on being the Alpha; the premier masculine protector. She even acknowledges his dominance with a glibly sarcastic remark about this bickering: “You’re so much smarter [than the doctor], aren’t you?” 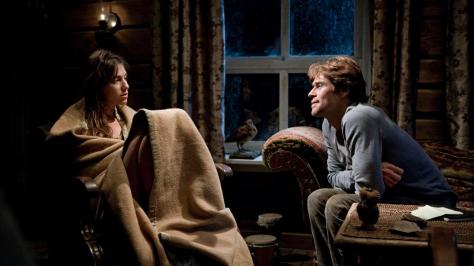 Perhaps He is working in what he believes is her best interest, but his consoling is also an execution of power, an arrogance over She instigated by his tacit claim that She needs his support while he needs none.

This is not to say that He is not a dimensional character. He cares for She, but he is misguided by his own masculine hubris. He too must grieve, but he is convinced—perhaps because of hegemonic gender roles—that he can successfully repress these feelings while at the same time insist that She cannot be safe repressing her emotions.

He is not merely a sexist pig, black and white with no substance. He is a hidden evil, a subconscious misogynist figure that one is tempted to sympathize with throughout the film, a temptation that makes us question our own ideological views. He is the antichrist figure not because he is horned and flailing a trident in our face, but because he is explicitly not engaging in such an overt evil. He is man, not beast.

Roger Ebert writes it perhaps the most eloquently when he says: “The term antichrist is commonly used to mean ‘the opposite of Christ’. It actually translates from the original Greek as ‘opposed to Christ’. This is a useful place to begin in considering Lars von Trier’s [Antichrist].”

What is most readily evident as “opposed to Christ” in this film is witchcraft, that which She studies for her doctoral thesis, a study that ultimately drives her to claim that she despises her own gender. This study of witchcraft and gynocide seems to lead her to believe that women are the ones in opposition to Christ. She fears Nature, which He translates to mean a fear for Satan, a fear she holds because she herself is evil in her own eyes.

Her self-hatred, however, is perpetuated by He, who asks her to trust him implicitly even as he disallows her the momentary lapse of relief she feels midway through the film. What we ultimately see is a blurred line as to who or what is truly “opposed to Christ,” and this is likely the point. The blurring is obviously just another complicating factor to the misogyny debate surrounding the film, but I believe that von Trier’s goal with the antichrist confusion boils down to a pair of words: Chaos and Cruelty.

In Part Three, what all of our pain really means…

One thought on “The Philosophy of Antichrist: Expulsion from Eden” 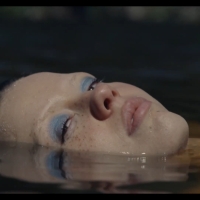