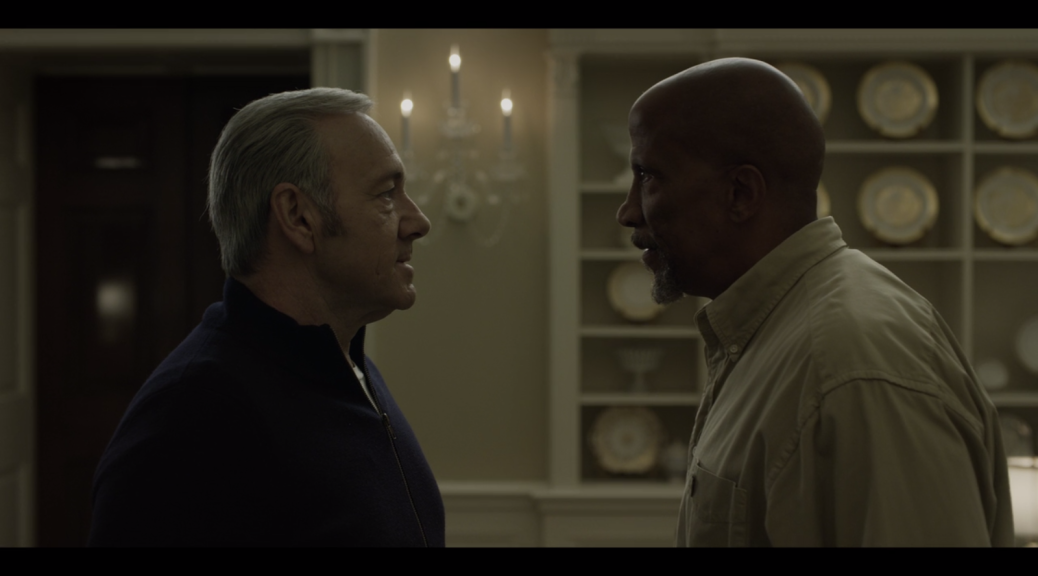 Caution: Spoilers for House of Cards season four, episode 11 (and previous episodes) ahead!

The new Underwood-Underwood ticket is campaign strategizing when Frank Underwood (Kevin Spacey) has a medical issue. He is told by a specialist that air traffic should be limited. Given the campaign, this is impossible if Frank is to win. He remains grounded as Claire Underwood (Robin Wright) continues campaigning, not to mention continuing her affair with speech writer Thomas Yates (Paul Sparks). 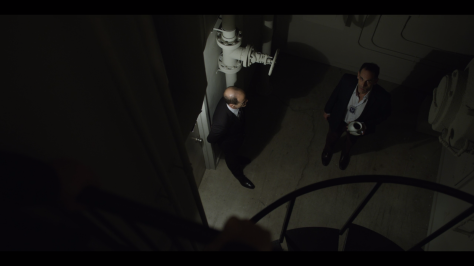 Doug Stamper’s (Michael Kelly) newfound obsession, the wife of the man he encouraged be left to die for the sake of the President’s liver transplant, makes contact after his donation makes him stand out.

And Freddy (Reg. E Cathey) finally makes his return as White House groundskeeper. Perhaps his return is just obligatory, given his past in the show. The scene is great, showing Frank’s inability to maintain even the most innocuous of relationships. But it’s really just there to answer the question: “Hey, remember Freddy. Whatever happened to that guy?”

Freddy also gets a visit from Hammerschmidt, tipped off by Danton that Freddy’s BBQ restaurant could have been a location for illegal activity. Freddy’s response to Hammerschmidt is surprising, considering his previous encounter with Frank, but it is a triumphant exit for his character.

Hammerschmidt, defeated from his meeting with Freddy, meets Danton at a bar, where they play a little drinking game that is the highlight of the episode. The final line of the scene is fantastic.

Yates, following his departure from his position, has a meeting with Frank. They have a frank conversation about the affair, which plays out more like a father vetting a suitor for his teenage daughter than anything else. It is elegantly quiet, especially when juxtaposed against the earlier meeting between Frank and Freddy.

This episode doesn’t do much to progress the season forward, save for Hammerschmidt getting a foot in the door to start a true investigation, a full team of reporters and a newspaper behind him. Tying up loose ends with Freddy and (somewhat) with Yates is something that the show needs to do considering its wealth of characters.

But the rest of the episode is comprised of small points scattered together into a forty minute chunk. Stamper’s storyline book-ending the episode is something of note, but Stamper has largely fallen into the background in the show. This new development is a resurfacing of old character fetishes, nothing more. That is, unless it becomes his undoing. 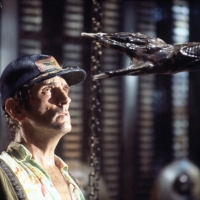 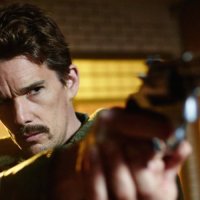