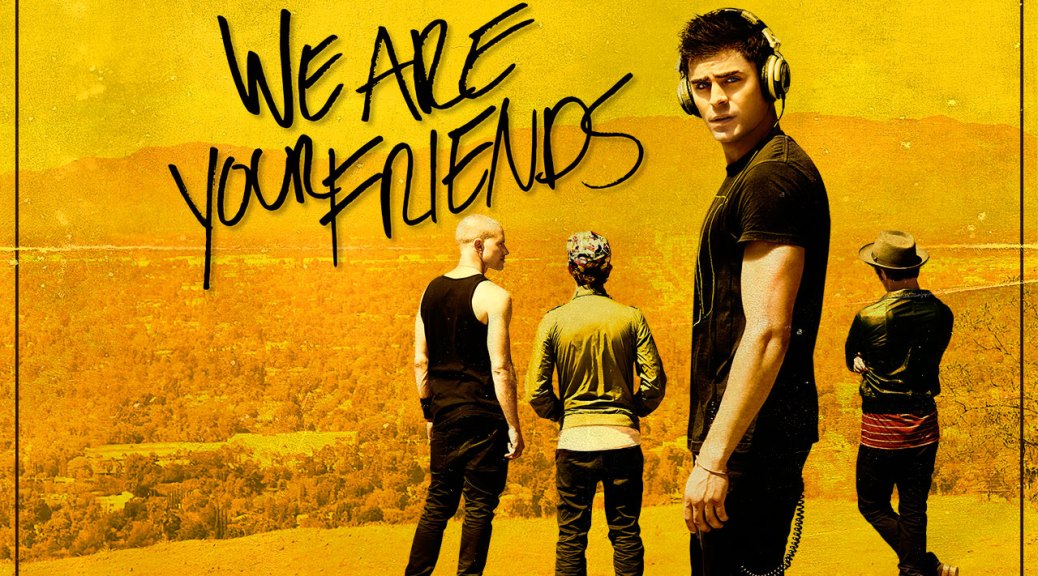 Box Office Most Wanted is a series dedicated to discussing some of the lowest grossing films of all time. The list of films can be found, and are ranked according to, the Box Office Mojo list of the “Worst Openings – Very Wide,” which is to say the lowest grossing opening weekends from films released in 2,000+ theaters domestically (U.S. and Canada).

We Are Your Friends

Cole (Zac Efron) is a young, up-and-coming DJ in the San Fernando Valley.  He and his best friends are…douchebags.

Cole has a deep integrity about his craft. He wants to be famous without compromising the music, which translates to sanitized beats. We also learn from a conversation between him and well-established DJ James (Wes Bentley) that his weed knowledge is whack. James is from minute one the clear antagonist of the film (if such a thing exists in this movie), as he gives Cole PCP without his knowledge. Unfortunately, this revelation does not have the Training Day heft to it. Instead, it is a rotoscoped, Waking Life-style music video that, while looking cool, has no immediate consequence, leaving us to wonder why the scene is in the movie at all.

This same sentiment can be extended to many scenes in the film. This is due to the fact that the conflict of this film revolves around these privileged Californians wanting money. I mean, there is a narrative, full with a B-plot romance involving model Emily Ratajkowski (who is surprisingly decent in the film). But it is an industry narrative without all of the intrigue that comes with pulling back the curtain on the industry.

For what it’s worth, Jon Bernthal is wonderfully sleazy in his role as a shady businessman. I would have much rather seen a movie revolving around his character than the one we get about a kid who crashes in his friend’s dad’s pool house and makes money using incredibly expensive equipment that he bought instead of going to college.

Zac Efron, too, isn’t all that bad. Given his character is a cutout and watered down version of every coming of age character in film history, he works well with what he is given.

We Are Your Friends works hard with montage after montage to keep audience interest through its meager 96-minute runtime. Still, it is hard to remain attentive to the film, which presents no real conflict or character progression. The conflict that does exist is cursory to Cole, one source being a random character by the name of Tanya who becomes a victim of the housing market. What such a subplot is doing in a movie about a 23 year old DJ is beyond me.

You would think the conflict would have something to do with the film’s protagonist. A deadbeat boyfriend and a sleazy businessman have very little to do with making it big as a DJ, which is what this film is apparently about. Still, these are the only real antagonists we see.

The characters are unlikeable. The plot moves from Point A to Point A. The runtime is heavily padded by EDM-laden party montages, as if they were the real draw of the film. This is what We Are Your Friends is. Highly forgettable.

And it was forgotten. After being released late in Summer in over 2,333 theaters, it made only $1 million in its opening weekend, taking the #14 spot. Two weeks later, it was pulled out of over 2,000 theaters. Even though it managed to make back its small $2 million budget, it only managed to be a micro-blip on the movie landscape.

In the end, We Are Your Friends is: Forgettable.