Austin’s Fantastic Fest returns for a 17th year this September, and CineFiles is happy to be covering it again (albeit virtually, but you could experience the fun in person). Fantastic Fest has a number of high profile releases on the docket this year — Martin McDonagh’s The Banshees of Inisherin, Ruben Östlund’s Triangle of Sadness, The Menu, Smile. I want to highlight for you, instead, a few other titles worth keeping an eye on.

I saw Amanda Kramer’s two new releases, Give Me Pity! and Please Baby Please, at the Fantasia Festival, and I thoroughly enjoyed them both. I personally prefer the queer neon greaser world of Please Baby Please, but Give Me Pity! is also a solid tone play. Pity has a specific tonal take on the (musical) dark comedy that will not be for everybody, but it has a creeping dread to it that is carried well by the film’s lead, Sophie von Haselberg. 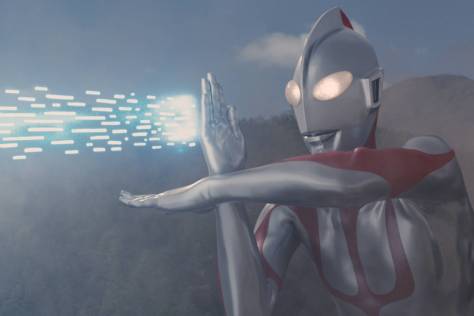 Also caught this one at Fantasia Fest. It’s an incredibly fun time for the first hour or so. Perhaps it doesn’t hold together all the way through, but it has a lot of fun with tone. It’s pure throwback, campy, tongue-in-cheek energy. If you caught Toho’s Shin Godzilla in 2016 and enjoyed it, this should be on your radar.

One I couldn’t catch at Fantasia, Final Cut (or Coupez!) is a fascinating remake that I am looking forward to seeing when given the chance. It is based on the cult favorite horror-comedy One Cut of the Dead, made by the director of the Oscar-winning The Artist, Michel Hazanavicius. Not sure if it can stack up to Shinichiro Ueda’s original, but it sounds like a fun time nonetheless.

Leonor Will Never Die broke out at this year’s Sundance, where it won a Special Jury award for Innovative Spirit. Martina Ramirez Escobar’s feature debut, Leonor is a fantastical dramedy that I personally really want to see. The film is also playing TIFF.

Video Diary of a Lost Girl

I haven’t seen Video Diary of a Lost Girl, but it has been on my Letterboxd watchlist for some time. The film has been hard to find, and now it is being presented by AGFA (with a home video release coming soon, one can only hope). Video Diary is a DIY VHS-era-inspired fantasy-horror-comedy-maybe-experimental film. I ask for little more than that in my movies.