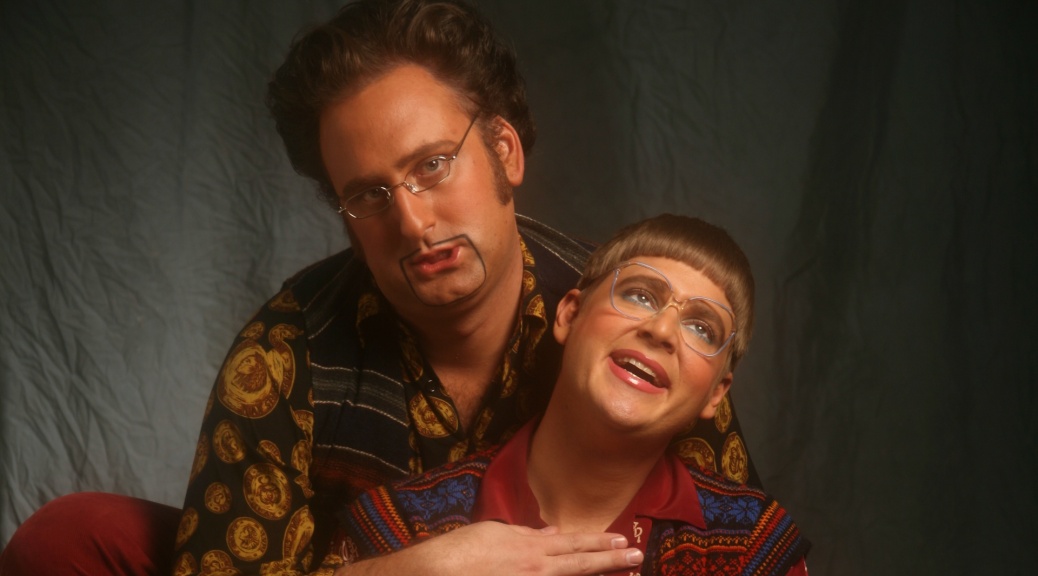 Cringe Humor can be seen as an offshoot or even a subgenre of Anti-Comedy. It not only refuses to serve a standard set-up punchline structure, but moves farther away from standard comedy by challenging viewers to engage with subject matter that is purposefully hard to stomach or otherwise uncomfortable. It has become more of the norm in Adult Swim’s programming block due to the upstart popularity of Tim and Eric’s Awesome Show, Great Job! (more on this show later).

Brett Gelman’s Dinner With Friends With Brett Gelman and Friends short is most closely linked to the low-brow torture thriller Would You Rather, yet it somehow retains a tone much different than such a torture piece. There is a self-aware understanding in the short’s ability to push buttons and polarize comedy fans that gives an in for viewers to relish in the tongue-in-cheekness of it all. It is, in a way, equal parts satire, parody, and homage. It skewers genre while remaining on its side.

Another relatively new staple of the Adult Swim block is Infomercials, which are short films independent of each other, many of which utilize Cringe Humor to hit their mark. As some of these videos could get in-depth articles of their own (the absurd horror-satire of Too Many Cooks is certainly something that could be analyzed), I will focus primarily on one creator here: Alan Resnick.

Resnick has created three episodes of Infomercials: Live Forever as You Are Now With Alan Resnick, Unedited Footage of a Bear, and This House Has People in It. As it turns out, each short seems to be more ambitious, surreal, and cringe-worthy than the last. They could also be considered, with some argument, a strange form of art.

In Live Forever as You Are Now, Resnick parodies self-help speakers and infomercials by making himself a fictional character. In the short, Resnick is a tech wizard who has come up with the key to immortal life, which is to create a computer program from your brain. Resnick mirrors self-help guru cadence as he awkwardly presents his creation. The short satirizes the ineffectiveness and inauthentic nature of infomercial products (see: “Bullet points illustrate specific concepts”), but it also is painfully awkward and slightly creepy.

Resnick is not a good self-help speaker, the stock footage used is ill-staged, and the software being sold looks like poor programming. The environment from this becomes awkward. The computer-generated Resnick is also strangely sentient. He calls himself Teddy, not Alan. He laughs at the concept of imperfection. He is obsessed with the concept of Alan’s wife. Resnick himself is fairly creepy, as well. He openly admits to coming into your home and invading your personal space. He stretches “flesh” over a rock with a face drawn on it.

Watch Live Forever as You Are Now, and it is clear to see how it uses Cringe Humor to deliver an awkwardly effective infomercial parody.

The short really is a satire of over the counter medication commercials, even being aesthetically similar to a YouTube pre-video ad, full with a “Skip Ad” button. The short begins as an allergy medication commercial for Claridryl, with the cliche fuzziness and grey tint on screen being literally knocked away by the drug.

However, the short quickly becomes something far scarier. The ad ends, but the video continues, the mother character driving away as the side-effect voice over fades out. The fine print on the screen disclaims that people who take Claridryl have experienced depression or committed suicide.

This is the “joke” of the short: that medication intended to fix minor problems can have side effects that induce major ones. The fine print at intermittent points echoes this: “The risk of Claridryl should be weighed against the benefits of its use” or “Claridryl is meant to help relieve the frequency and severity of symptoms caused by the intake of Claridryl in cases lasting more than one week.”

But the actual filmic narrative goes far beyond this simple message. There is a meta-narrative in which a clone of the mother beats the mother to unconsciousness. Perhaps this is a visual representation of two types of the same person: one on a drug and one off of it. The woman wakes up and crawls home, where this seemingly “drugged” mother is already there, terrorizing her children.

Now, none of this sounds particularly like comedy. Without explanation of the satire, this synopsis would more likely read as a horror film. Yet the short is a “comedy” in its satire. It is attacking pharmaceutical companies that lie by embedding the truth in the fine print of advertisements, and it does so by making absurd the commercial structure itself and asking the question “what happens when the cameras turn off.”  In this way, it is structured as a normal sketch would be structured: find the absurd thing in reality and heighten it in order to highlight that absurdity. However, it plays at face value as horror. Thus the “cringiness” of the comedy.

This House Has People in It is where we get the most ambitious Resnick creation, and it is one that could be considered performance art, in the sense that it goes well beyond the context of its own video to be something of an alternate reality game (ARG). And it’s superbly unsettling in its comedy.

The video appears to be footage logged by a surveillance company of a suburban household. The parents argue in the kitchen. The grandmother sits lazily in front of the TV. The curious son wanders around the house. The daughter lies prone on the floor and can’t be lifted up. Some strange creature chases a deer outside the window. There’s mention of a dangerous illness called Lynk’s Disease. You know, normal day-to-day stuff.

The short is equally parts funny (a girl is falling through a floor), disconcerting (there is more here than meets the eye), heatbreaking (a little boy is refused a birthday party), and confusing (why is any of this happening?).

On its face, the video is strange. But the world surrounding it is even stranger. Going to the website absurveillancesolutions.com, a fake website dedicated to the fake surveillance company that armed this fake home with cameras, proves immediately to be meaningless. But, when you log in at the top of the page with the username 00437 and the password bedsheet, you can access the “Logs” from the house, a running checklist of everything that has been “caught on camera.” The list is in some ways funnier than the video itself, with random banal events being juxtaposed with surreal or violent acts. The logs range from “Subject 2 lectures Subject 5” to “Subject 3 in dog costume, kitchen” to “Subject 4 takes bath in red water.”

Access the sites “Archives” and enter the password “sadday,” and you get to a folder of sound, image, and text files from the fictional family. There are references to one character’s novel (also briefly mentioned in the video), a Boomy the Cat, and the Lynk’s Disease, among other things.

What this all means for the comedy is that it is blurred to the point of obscurity. There is fun to be had with the video and the ARG experience, but it isn’t strictly comedy, nor is it strictly Cringe Humor. It is something much bigger, yet it is also a non-starter at the same time. In an interview with The Creator’s Project, Resnick admits that the ARG website and video do not point to an answer to a central question, but merely provide “mysteries to explore.” This, and the fact that Resnick wanted this to be a series instead of a short, makes it clear that this is less of a game to be won and more of an experiment that didn’t get to see the light of day.

Is Resnick creating meta-textual art with This House Has People in It? I don’t really think so, although the case can be made. The experience paints a surreal picture of an utterly normal existence, some sort of commentary on the sanitized nature of suburbia. And, no matter what you think, it is hard to deny that what he is creating with these short films is anything other than Cringe Humor, where you are more likely to recoil at his work than laugh out loud at it.

Perhaps a more accessible brand of Anti-Comedy and Cringe Humor comes in the form of Tim & Eric, although they too are divisive.

In Part Four, how Tim & Eric harnessed Anti-Comedy to create their brand

One thought on “Adult Swim, Anti-Comedy, and Cringe Humor: What’s the Appeal?” 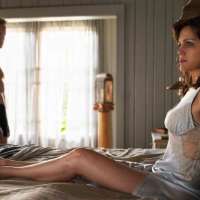