May kicks off the Summer movie season: One of the best…no that’s not right…one of the most underwhelming periods in the Hollywood calendar.

Alright, that’s not entirely fair. But there have been some clunky Summers in recent years when it comes to U.S. theatrical releases. Every year there are films that are on the schedule that look great on paper (Jurassic World), or at least acceptable on paper (Independence Day: Resurgence), and then turn out to be major disappointments. (Yes, I realize Jurassic World was by no means a major disappointment in terms of money or general audience response. But mark my words that that film will not hold up over time).

And sure, there can be May surprises (Mad Max: Fury Road, a second example), but Summer is generally bookended by slower months. Marvel has made it a tradition to kick everything off with a weekend of practically no competition. Last year, this was Captain America: Civil War. Before that, Avengers: Age of Ultron. This year, Guardians of the Galaxy Vol. 2.

After that, May is anyone’s game. It usually makes for an interesting mix of genre, budget size, etc. If anything, May is the month to look out for when thinking about Summer. It is where smaller movies may surprise you or well-timed releases can do some major damage at the box office.

So let’s take a look at May. Warm weather and sunshine. Beer and brats. Darkened theaters and Vitamin D deficiencies.

Guardians of the Galaxy Vol. 2

2014’s surprise Marvel hit Guardians of the Galaxy is currently the fifth highest grossing Marvel Cinematic Universe film domestically. The sequel promises a lot of the same, not that this guy’s complaining about that. If Marvel can keep providing the same caliber of empty-calorie entertainment—the first Guardians providing some of the highest of such pleasure—then there’s nothing here to complain about.

King Arthur: Legend of the Sword

Guy Ritchie is stepping out of his fast-paced, seedy-underbelly, cockney-accenting, comfort zone to take on something more medieval. The story of King Arthur. Should anyone care? I don’t know. I’m not jazzed about it. But I fancy eating my words on the right occasion. 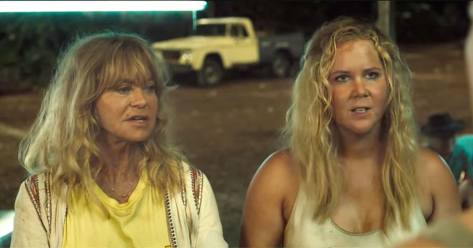 The Amy Schumer-Goldie Hawn starring kidnap comedy Snatched doesn’t have the best marketing material. The trailer is fairly tepid, even if the energy is there. But the film has promise behind it. Shumer’s previous foray into feature film stardom, Trainwreck, was a successful Summer release of its own. And writer Katie Dippold has seen Summer comedy success as well with The Heat and last year’s Ghostbusters reboot. 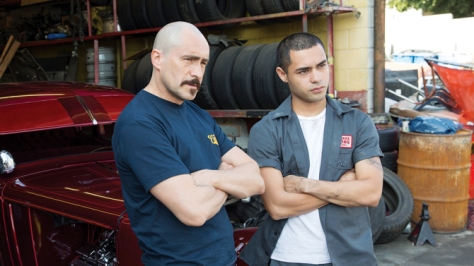 While not destined to be the biggest release of May 2017, Lowriders promises a family drama that is not easily found within the throes of Summer. The film boasts the talent of Damien Bichir, but the film seems to lean on the younger cast that includes Theo Rossi, Tony Revolori, and Melissa Benoist. The trailer doesn’t hold many markers that point us to the quality of the film. It seems to over-dramatize familiar tropes, but it also seems to have power behind its performances.

Ridley Scott’s return to the world of his now-famous sci-fi horror film Alien came in 2012 with Prometheus. Not taken as as much of a classic, but an ambitious return. Now, we receive from Scott not Prometheus 2 but an Alien film outright. I won’t say I’ve been blown away by the marketing campaign for the film. But seeing a Xenomorph rampaging against a crew gets the nerdy child in me excited. It’s unavoidable.

Diary of a Wimpy Kid: The Long Haul

This smaller movie could provide some counter-programming to the escalating big budget features that kickoff the Summer season in May. Coming from a newer director, Stella Meghie, and with a relatively unknown cast, Everything, Everything is a teen romance based on a best-selling novel about a girl who is sick. Sound familiar? Yeah, there are a few of them out there.

Yep. Maybe. But probably not.

Pirates of the Caribbean: Dead Men Tell No Tales

Call me crazy. But these movies are getting old. This makes five, if recollection serves. Now, this reviewer hasn’t seen the past two or three of these. The first one was good; I’ll extend that olive branch. The addition of Javier Bardem as a villain may elevate this installment, but hopes are not beyond arm’s reach.