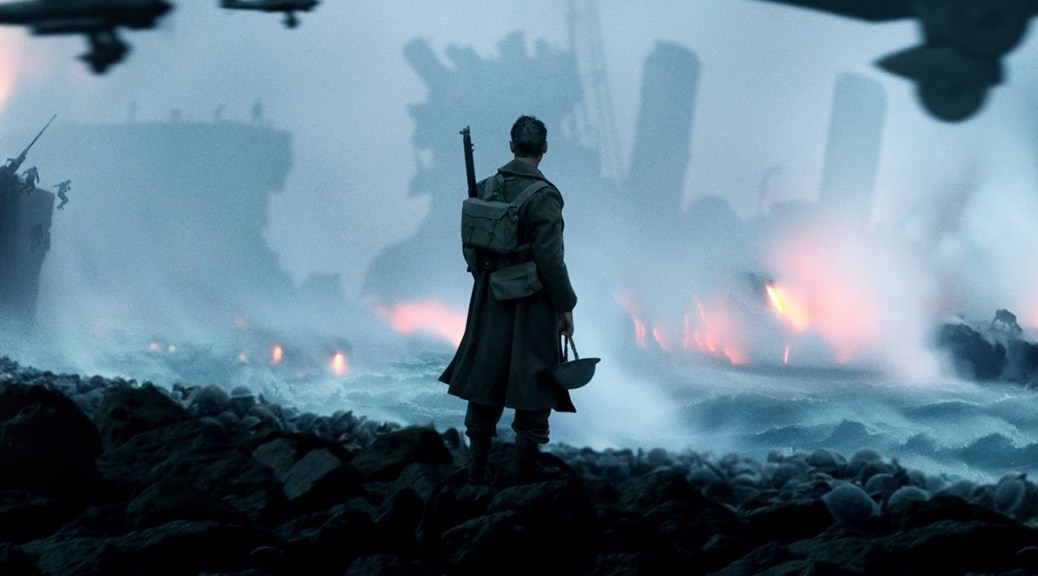 Christopher Nolan’s Dunkirk is by no means quiet, but it is noticeably mute. In its introduction, Tommy (Fionn Whitehead), a young English soldier caught in the city of Dunkirk surrounded by the fast-burning German army, meanders the abandoned streets with other emaciated young soldiers. No one speaks. Sullenly they walk about, only to be gunned down by unseen Germans. 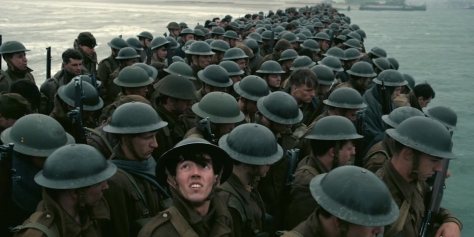 The first line of dialogue we hear is more of a yelp, as Tommy exclaims his allied status to a blockade of troops, scrambling to make it to the beach, a beach that is by no means a safer respite from the war.

Much of Nolan’s World War II historical drama plays out like this. Sparse dialogue coming out only in the silence between dissonant eruptions of war violence. Stark isolation hangs in these silences, white-knuckle tension in the violent sonic interruptions.

This soundtrack makes for a tonally constant film. From beginning to end, Dunkirk rages with a bitter tension as a fleet of troops are treated essentially like fish in a barrel. Even as the film bounces between three temporally-scattered storylines, the tone remains mercilessly claustrophobic.

This claustrophobia remains in spite of the immense depth that Nolan and DP Hoyte van Hoytema employee on the beach and in the sea. The sheer expanse of empty water and sand further isolates the small world of this movie, while depth staging highlights the expansive amount of soldiers trapped within this vast emptiness.

In this way and others, the technical achievement of Dunkirk is impressive beyond what mere words can describe. One must hear the shrieking of the fighter planes and the creeping oncoming sound of the bombers to fully grasp the loud-yet-intricate sound design. One must see the massive long shots, the endless lines of defeated soldiers and the giant battleships to fully grasp the immense visual beauty of the cinematography.

With so little dialogue, the film demands visual storytelling to weave its three-pronged tale of the evacuation of Dunkirk. It achieves this visual storytelling with ease. Nolan’s grasp on tone and pacing helps this storytelling along—the film times out perfectly at 1:47—but it is the aesthetic splendor of the camera work that sets the film apart from other war films.

Dunkirk certainly is not like the average war film. It hides the gore behind a PG-13 rating, but it keeps the brutality and realism (if one wants to refute this claim, just rewatch the underwater shots of that oil fire sequence).

With an epic scale on a tight runtime, Dunkirk is efficient storytelling at its finest. Granted there is not much story to tell—the film’s most glaring and perhaps only flaw is its lack of emotional resonance on an individual character level, a clear fault of this speed.

But the emotionalism in the film does not come from the characters’ individual stories. There is Tom Hardy’s heroic yet ill-fated air attempt, Mary Rylance’s heroic yet ill-fated yacht rescue attempt, and the struggle of a small band of soldiers trying to flee the beach. But the real feeling of the film comes from the grander design, the push and pull between the futility and the causal grace of soldiers’ actions.

This is the larger thematic takeaway of Dunkirk. The moment of collapse for the French and English armies on Dunkirk was a colossal failure, and it was not handled gracefully. But the small moments of triumph for these characters in the film are truly glorious, most noticeably Hardy’s Farrier saving a large batch of idle soldiers as his fighter plane hangs lifeless in the air, out of fuel.

Dunkirk is perhaps Nolan’s most taut film to date, high praise for a director who seems to pride himself on the intricacies of his films’ plotting. It is a film that not only floats above the chaff with its flourishes of technical design, but one that pulsates with intensity. It is an intensity that may not draw you into the midst of war, it comes off too calculated for that level of reality, but it is an intensity that creates a theater-going experience quite unlike any other you will have in 2017. 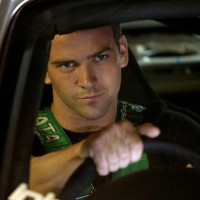 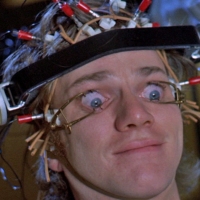 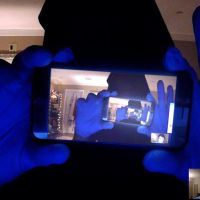