With everyone staying inside during these troubling, precarious times, finding quality entertainment with which to bide the time has become a common task. As such, there has been a deluge of publications turning out “what to watch while at home” lists. So…here’s another one.

Here are 20 of our favorite, potentially underseen movies currently available on Hulu.

One of the cleverest dark comedies of last year, Riley Stearns’ The Art of Self-Defense blends a farcical look at fragile masculinity with a darkly comic look at power dynamics. Jesse Eisenberg, cast to his strengths, gives a strong performance, as does Imogen Poots. But it is Alessandro Nivola’s deadpan dojo sensei who steals the show.

The William F. Buckley/Gore Vidal debates were a pivotal moment in political punditry, a symbolic origin point for the political discourse of modern media. Best of Enemies dives into these debates, their content, and their ramifications.

With Bong Joon-ho’s Parasite winning Best Picture at the Academy Awards (Parasite, for the record, is also available on Hulu), now is the perfect time to go back to his earlier works. Barking Dogs Never Bite is his first feature, and even this early in his career he was toying with tone in his trademark way. It is an intriguing little film, but proceed with caution: the premise of Barking Dogs involves putting dogs in mortal danger.

Barry Jenkins’ Moonlight was a massive critical success that led it to a Best Picture win. His follow up, If Beale Street Could Talk, did not land with a similar splash, unfortunately so. Jenkins’ James Baldwin adaptation is dense with character depth and sensuality. It is beautiful and poignant, delicate and precise. It features some phenomenal performances and arguably the best musical score of the decade.

Aside from a pair of Independent Spirit nominations and a handful of other critical accolades, Kent Jones’ Diane flew under the radar last year. With a career high performance from Mary Kay Place, Diane tells a harrowing story of isolation and estranged familial relationships.

The Oscar-nominated Embrace of the Serpent is an exceptionally gorgeous film. Shot in stark black-and-white, the cinematography and compositions make for an almost mesmeric trek through the Amazon. Director Ciro Guerra’s talent shines through with every shot (his follow up Birds of Passage, co-directed by Cristina Gallego, is currently streamable through HBO).

With Ghost Stories, Andy Nyman and Jeremy Dyson take a fresh take on the well-worn subgenre of anthological horror. It is a light, somewhat tongue-in-cheek approach that makes for a fun ride. And the framing of the segments is a satisfyingly clever narrative choice. 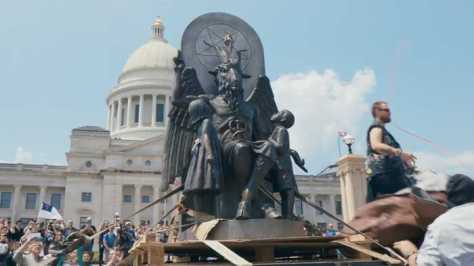 As charming as it is provocative, Penny Lane’s Hail Satan? interrogates the “controversies” surrounding the Satanic Temple. Part-religion, part-activist movement, the sect of Satanism this doc follows is challenging the normative moral order of Christianity and the integration of Church and State in a fascinating way.

Hearts Beat Loud is the type of lighthearted, sweet dramedy that is perfect for a quiet night when you’re stuck at home. Kiersey Clemons and Nick Offerman wonderfully carry this charming music-themed family story.

Of the many disaster-themed films trending in this pandemic-inflected world, It’s a Disaster strikes a darkly comic tone that is perhaps the most palatable. Yes, I also reoriented myself with Soderbergh’s Contagion (although, that was a week before we were all asked to stay indoors, so perhaps it reads even more unsettling today). But if you’d rather have a brink-of-apocalypse film with a bit of humor, then It’s a Disaster might be the best option for you.

For those who were swept up last year in the whirlwind that is Florence Pugh’s acting ability, one of her earlier roles can be found on Hulu in the form of Lady Macbeth. And this terse, acidic domestic drama is a fine showcase of her command of the screen.

Kelly Reichardt’s Meek’s Cutoff tells an Oregon Trail story that depicts the untamed West as just as unflinching and merciless as the video game. In this sense, the film is something of an anti-Western, as it is a story of the Old West that, by design, never approaches the possibility of civilization. While being in this way a fascinating deconstruction of genre, it is also simply a superb film. 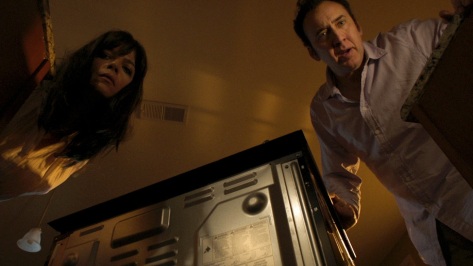 This is the “and now for something completely different” entrant in our list. Mom and Dad, directed by one-half of the duo who brought you Crank and starring a manic Nicolas Cage, provides a brand of delirious exploitation film fare that might be perfect in this time of isolation. I personally find the film’s radical blend of humor and grotesquerie to be a bit too off-putting at times (this coming from a horror fan who generally enjoys the morbid humor of the genre). But the unadulterated excess of the film’s premise and execution is delightful in its own perverse way.

Perhaps “underseen” is the wrong descriptor for Portrait of a Lady on Fire, which was one of the most critically acclaimed films of 2019. However, the film being passed up for France’s entry to the Academy Awards (no offense to Les Miserables, but it pales in comparison to Portrait) kept it out of the minds of the mainstream American movie-going audience. Now that it is on Hulu, everyone should watch it. It is perhaps the most perfectly constructed romance film of the 21st century thus far.

Professor Marston and the Wonder Women (2017)

Professor Marston and the Wonder Women tells the story of two psychologists on the verge of inventing the lie detector test, and the student they employ to help test it. What stems from there is a wonderfully earnest portrayal of a romance that at the time was considered deviant. Angela Robinson’s film explores the social mores of the time period in a fascinating way without sacrificing the three-handed character study at the heart of the story.

Hirokazu Kore-eda’s Shoplifters is so rich in story and full in depth of character that is hard to describe in a pithy blurb like this. So I won’t even try. I’ll just leave it at this: I think Shoplifters is something of a masterpiece, a drama so distinctly human that when you watch it it feels like you’re living someone else’s life. It is simply a must-see.

Jacques Audiard’s The Sisters Brothers strikes a very unique tone for a Western. At times darkly comic, at others simply dark, the experience of the film is something different. Carried by two great performances from John C. Reilly and Joaquin Phoenix, The Sisters Brothers is a worth a try if you’re looking for something off-the-beaten-path.

Not enough good things can be said about Regina Hall. Her performance in Andrew Bujalski’s Support the Girls is second to none. Bujalski takes the simple premise of a working class existence at a Hooters-style sports bar and gives it such a sense of realism that it borders on anthropological.

It is difficult to champion Wild Rose more than I already have. But I’ll do it once more for posterity’s sake. There is something indelible to Jessie Buckley’s performance in this story of an aspirational musician who also has a home-life to contend with. She carries this film superbly, and her musical performances are dynamite. Wild Rose is a charming film that wears its heart on its sleeve in a way that I deeply appreciate.

With The Villainess, Jung Byung-gil takes the hi-octane, video gamey action of films like Hardcore Henry and hones it into a craft. Where Hardcore Henry reads like an offbeat experiment with mixed results, The Villainess is choreographed and staged with aplomb. There are long take action sequences that on first viewing seem impossible. And Kim Ok-bin leads the film with a performance that succeeds despite a somewhat clunky narrative.