Hustle opens in Serbia. Stanley Sugarman (Adam Sandler) is being led through dark back hallways to a gym. There, he finds a bona fide big man, a 7-footer who doesn’t just block a shot, he palms the basketball and slams it on the other end. For Sugarman, talent scout of the Philadelphia 76ers, this is a good sight. Unfortunately, this prospect is too old to qualify for the draft. Sugarman crosses him off the list and moves on to a series of other not-quite-good-enough international players.

The 7′ 4″ Serbian prospect from that opening scene is real-life NBA player Boban Marjanovic (the player also appeared in a memorable cameo in John Wick: Chapter Three). Hustle is populated with numerous NBA figures, from END_OF_DOCUMENT_TOKEN_TO_BE_REPLACED 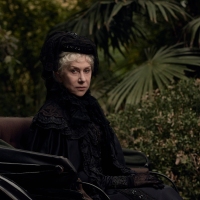