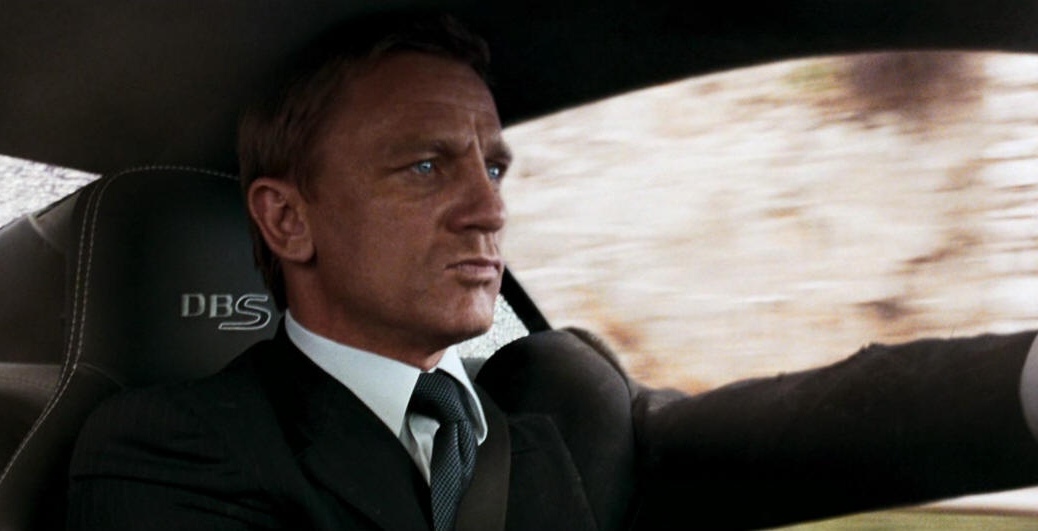 With Spectre just around the corner, it is only appropriate to look back at the good and the bad, the camp and the grit, the martinis and the Aston Martins. Here is a ranking of the entire James Bond franchise, not including the forthcoming 24th installment.

Note: click on the titles to read full reviews of the films. 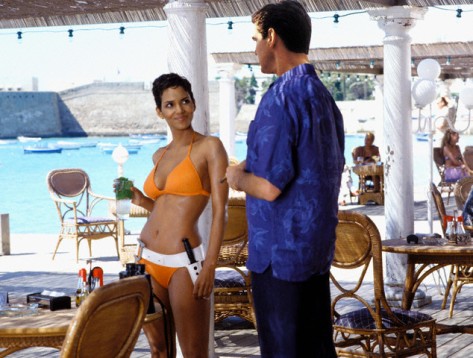 The biggest clunker of the Bond franchise. Invisible cars. A wooden Halle Berry. One-liners with no wit behind them. And the film that stripped Pierce Brosnan of his 00-status. The only good thing to come out of this movie is Rosamund Pike’s performance. And she’s just not in it enough to make much of a difference. Die Another Day is the Bond movie that can be completely passed over.

22. The World is Not Enough 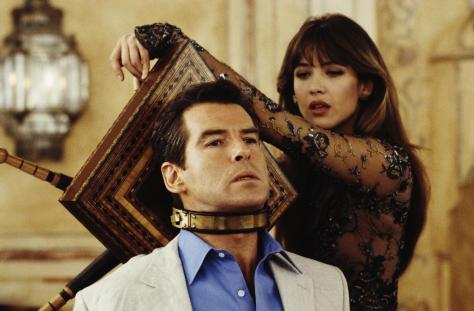 Another Brosnan misstep. If Halle Berry is wooden, Denise Richards is cardboard as a nuclear physicist dressed as Lara Croft. Robert Carlyle and Sophie Marceau save the film from utter failure, but The World is Not Enough is still a mess. 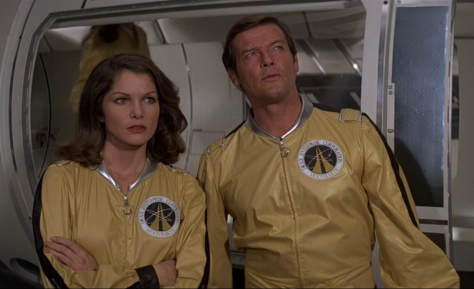 James Bond in space. Roger Moore’s devolution into camp and absurdity reaches its heights in Moonraker. Clearly riding the coattails of successful sci-fi films of the time, like Star Wars, Moonraker drops the ball.

I think one scene encapsulates the absurdity of A View to a Kill. During a car chase, Bond’s car gets split into parts, to the point where he’s driving just the front half of his car. At the end of this chase, Bond jumps onto a boat, falls through the roof, and crashes into the cake of a wedding party. What the film does have is Christopher Walken as a Bond villain, and that counts for something.

Sean Connery’s final outing with Eon as Bond shows his fatigue. His acting is lacking and tired. A chase that finds Bond in a space-rover is a dreadful use of camp. It does have a decent car chase through Las Vegas, and two henchmen that are very memorable, but overall Diamonds Are Forever shows Connery on his way out.

Octopussy probably blends camp Bond and straight Bond in the best way. The action set pieces work, but there is also an island of female super soldiers in training. Clearly, you can’t take a movie called Octopussy seriously, so you have to cut it some slack. However, it still isn’t anywhere near a positive installment to the Bond franchise.

The issue with Thunderball is that it doesn’t hold up today, which is strange because its predecessors hold up much better. Underwater fight scenes are slow and tedious. The exposition is similarly plodding. And a slow action film is never fun. 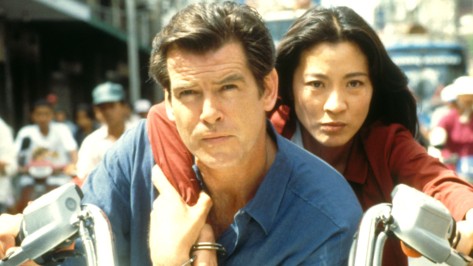 Brosnan’s second outing as Bond has its major faults, but it isn’t a wholly bad film. Jonathon Pryce amps up the notion of a Bond villain, delivering a wickedly over-the-top performance. Michelle Yeoh also fares well in her Bond girl role, far better than Teri Hatcher does. When all is said and done, though, Tomorrow Never Dies is just a precursor to the abysmal Brosnan films to come. 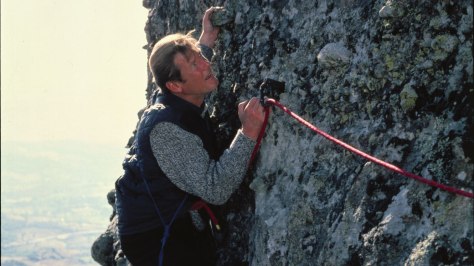 This Moore installment works on the level of action set pieces. Chase scenes and fight scenes are littered throughout the film, instead of grandiose spectacles revolving around world domination plots. In this way, For Your Eyes Only succeeds, giving Moore a film in which camp does not dominate the narrative thread.

14. The Man With the Golden Gun 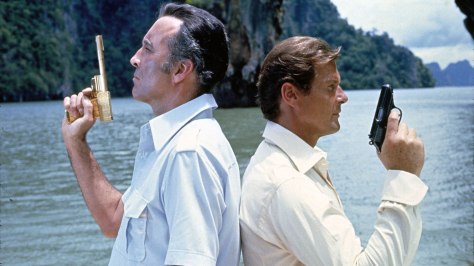 The Man With the Golden Gun has many strange aspects to it, a third nipple playing a prominent role in that. But it’s a fun use of absurdity. And we also get solid action sequences (when we get them). The first half of the film is littered with action-devoid exposition. It also has J.W. Pepper in it, which is groan-worthy. For everything it gets right it gets something else wrong. 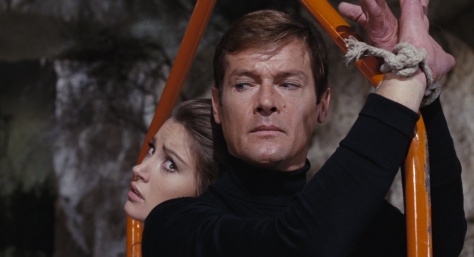 Live and Let Die feels like a weird diversion for the Bond franchise. It is blaxploitation and gritty crime drama, but it also wants to be a Bond film at the same time. This relationship doesn’t play out well on screen. The film has action scenes worth watching and acting performances of note, but the whole tone of the film is odd and hard to sit through. 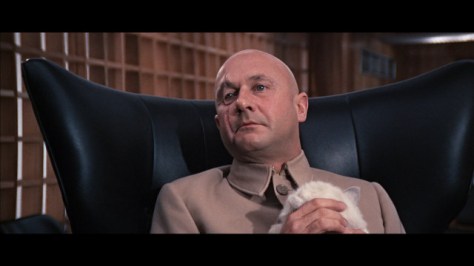 You Only Live Twice marks the decline of Sean Connery as Bond. He phones in his performance, clearly taking umbrage with his less than satisfactory paychecks. The film also suffers from heavy handed exposition and the simple lack of stellar action set pieces. Donald Pleasence is a fun, campy Bond villain that works, but he sets the stage for all of the wacky and cliche villains in the future. In the end, You Only Live Twice isn’t a film that sucks you in. 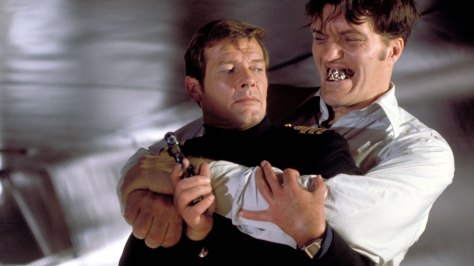 The Spy Who Loved Me works on a narrative level. Its conceit is fun to see play out. Pairing Bond with a KGB agent of similar caliber makes sense, and it works well. This relationship forces the villain to take a backseat, however, and his thread is largely absent until the final third of the film. Add to this a soundtrack that doesn’t age well and moments of Roger Moore camp that only get worse as his films continue, and The Spy Who Loved Me is a middling Bond film that leaves much to be desired. 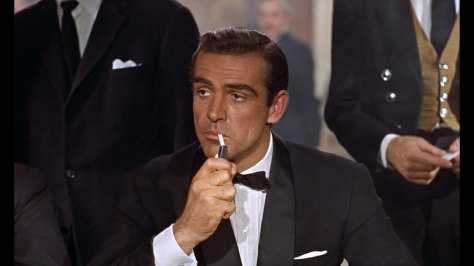 Dr. No needs credit for being the inaugural installment to the series, breaking the untamed ground necessary for the most profitable franchise in movie history to prosper. However, it also needs to be viewed through a time-sensitive lens. Dr. No, for its short run-time, is slow. Action is choreographed lamely. But we do get Connery immediately embodying Ian Fleming’s character to a T. That is incredibly fun to see.

The Timothy Dalton Bonds are hard to place in this list, for me. These films are nothing like the others. They are hard grit with little one-liner relief. I like the grit, the moodiness of Dalton’s performance. But he isn’t really playing Bond. He’s playing some new character that doesn’t quite fit the scope of the narrative. And the script puts a spotlight on our new Bond, leaving all the other characters to be cast in shadow. The villains of the film are entirely unmemorable (which is to say, I watched this film two weeks ago and couldn’t tell you the names of the villains). Dalton is an acquired taste Bond, for sure, and I enjoy his performance. But The Living Daylights just doesn’t feel like a Bond film with him at the head. 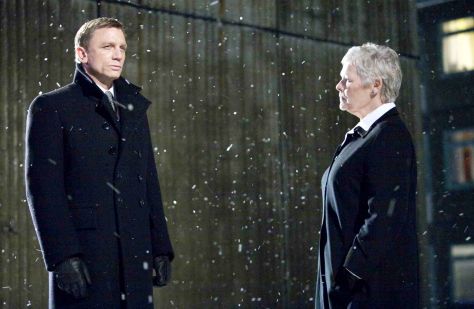 Quantum of Solace is the Daniel Craig Bond film that didn’t land gracefully. Being a direct sequel of Casino Royale, which came two years earlier, the film suffers. However, the action is simply dazzling. One extended chase scene is perhaps the best action scene in all of Bond-dom. At least top five. Quantum of Solace lacks the punch that the other Craig installments have, but it is worth a re-watch, in my opinion. Pairing it side-by-side with its immediate predecessor, it is a worthy sequel, if not a less gripping one.

7. On Her Majesty’s Secret Service 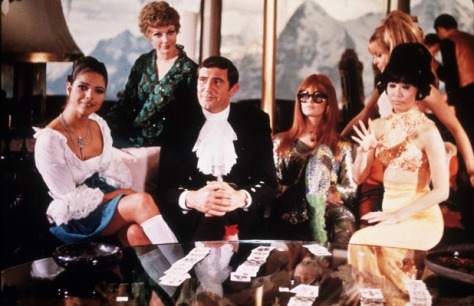 George Lazenby’s only outing as Bond appears to be a divisive one. I find it to be a strong addition to the franchise, but I feel that Lazenby isn’t the best fit for Bond. He fares all right, but he doesn’t bring anything that Connery didn’t already bring in full force. You almost miss Connery in certain moments of this film. But the action is great and our villain is wonderfully played by Telly Savalas. Lazenby is unfortunately the weakest link of this film, stunting it from being a truly great installment. 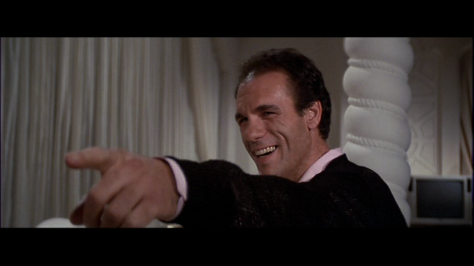 Dalton’s second outing as Bond seems like a more well-rounded Bond film than his first. He is still playing it moody and dark, but it fits the narrative better. Bond is out for revenge, and Dalton’s Bond is taking it very seriously. The action in this film is on par with The Living Daylights, but the narrative is what drives this film. And it steers well. If you want a Daniel Craig Bond film before Daniel Craig had the job, Licence to Kill is the movie for you. 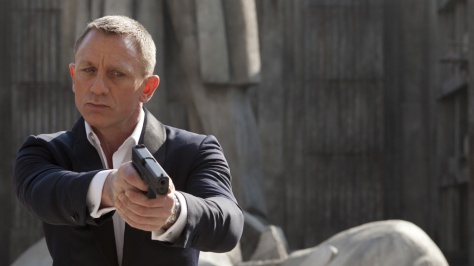 Skyfall may be the tonally perfect Bond film. It edges in quips and witty banter where appropriate, but, mainly, it is foreboding and ominous. Javier Bardem’s Silva is maniacal in the best possible way, playing off of the standards of the Bond villain archetype without approaching the realm of the absurd. There are moments where the film drags, and the action set pieces that are staples of the Bond franchise are few and far between, but the suspense that non-action sequences churn out is enthralling. 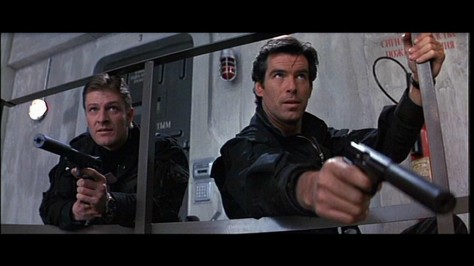 Perhaps it is just a fan favorite for me, but GoldenEye is Bond progressing toward the modern era. Abandoned, seemingly, are the days of Roger Moore camp and Timothy Dalton brooding. With Pierce Brosnan’s inaugural installment, Bond is cheeky and stylish like good ol’ Connery used to be. Brosnan may not bring anything particularly new to the role, but he embodies the spy satisfactorily. He is also surrounded by acting talent in a script that moves well, and that certainly doesn’t hurt its chances. GoldenEye stumbles far less than Brosnan’s other outings, and it is worth it for that cold open scene alone. That scene moves perfectly. 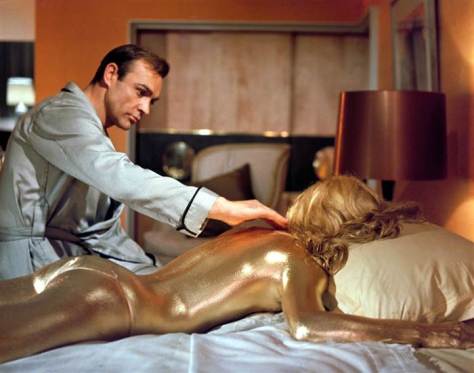 Goldfinger is perhaps the most iconic Bond film. The image of a woman painted to death in gold is the staple image of the franchise. Everyone knows that image. But Goldfinger does more for the action film than simply being memorable in its higher moments. Goldfinger, as well as its immediate predecessor, use editing techniques in the action sequences that greatly heighten the suspense of the moment. There is a marked improvement from Dr. No as to how these action set pieces are handled. Goldfinger is simply a wonderful time capsule piece of James Bond history that still can be enjoyed today.

2. From Russia With Love 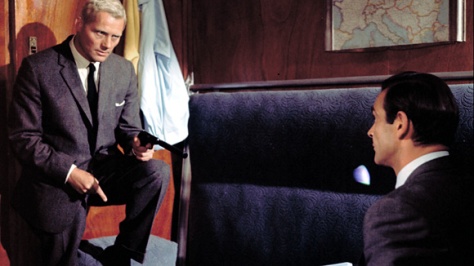 In my mind, the eternal debate is always From Russia With Love vs. Goldfinger. Both are superior early Bond films that paved the way for the franchise to grow and succeed. Both also use editing and acting to its full potential. Misogyny aside, they both have stellar plots as well. But, for me, From Russia With Love is the perfect Connery Bond film. He has settled himself into the role at this point, and the action scenes are on point. Having Robert Shaw as the baddie doesn’t hurt any, either.

Call me a man of the times, but Casino Royale is the most well-rounded Bond film. It certainly has the luxury of modern intensified continuity editing to liven up its action sequences, but it also has choreography that is superior to most Bond films. Craig’s Bond is dark like Dalton’s but also sleek like Connery’s. The story is compelling, even when we’re watching poker instead of action. And the B-plot between Bond and Vesper Lynd (Eva Green) is heartbreaking.

Well, there it is. What do you think? What’s your favorite/least favorite Bond films? Let me know in the comments! 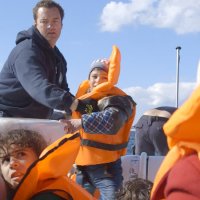 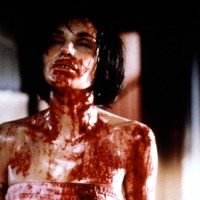 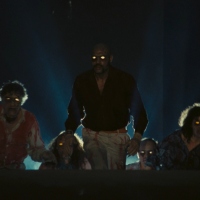