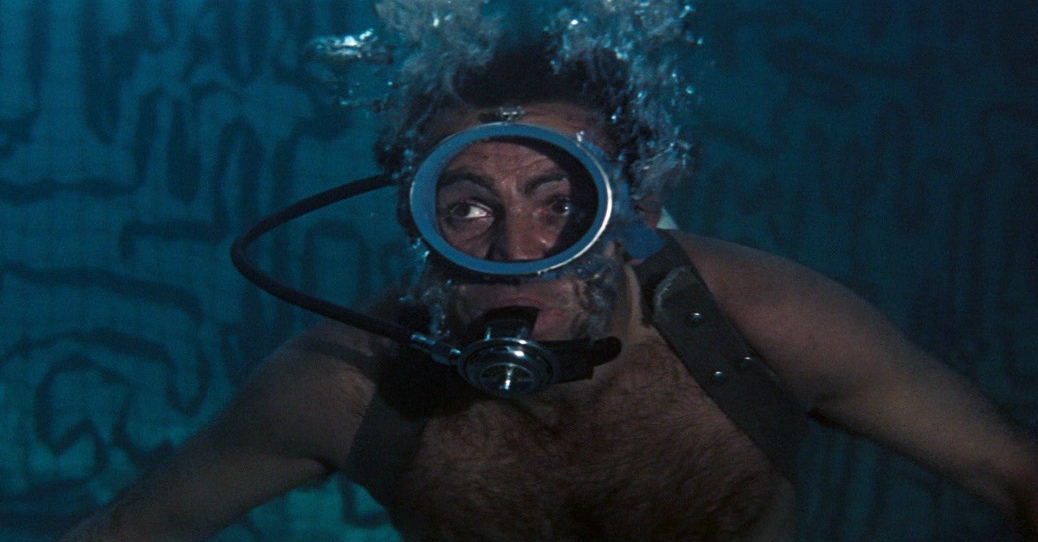 In the opening scene of Thunderball, James Bond (Sean Connery) attends the funeral of a man that he wishes he could have killed himself. Following the ceremony, there is an action sequence almost immediately. It is very well choreographed and fast paced–something that can’t be said about all of the action sequences in this movie. He eludes more armed baddies and escapes into the Paris day.

Oh, and he also has a jetpack. Just saying. 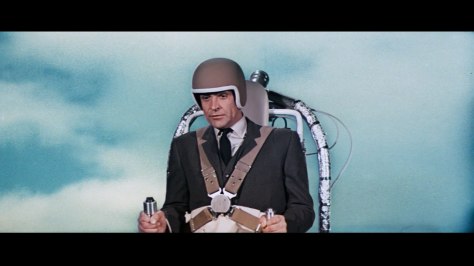 The opening credits sequence kicks in, and we hear Tom Jones singing the titular theme. It is a well-sung song. Perhaps it is apocryphal, but the story goes that Jones passed out in the recording studio after hitting the song’s final long note. It was worth the effort, I would say.

In Thunderball, Bond faces off against the usual suspects of worldwide terrorism, SPECTRE, who are asking for a ransom of £100 million or they will drop atomic bombs on an undisclosed city in the United States or England.

We catch up with Bond again in a medical clinic, where he encounters Count Lippe (Guy Doleman), a man with a mysterious tattoo on his forearm. Later, when Bond is strapped to a spinal traction machine, Lippe returns with the intent to kill, cranking the machine up to full pump. The scene is entertaining to watch, the camera canting wildly and cutting frantically to different working parts of the machine. Perhaps cheesy by today’s editing standards, it’s still a fun scene.

Bookmarking this scene are scenes where Bond forces himself upon an attractive nurse and then essentially blackmails her into sleeping with him. We are thus reminded of the incessant misogyny of the James Bond world. More a factor of the time in which the books were written than anything else, it is still strange to see.

Unlike Goldfinger and From Russia With Love before it, Thunderball is rather slow. The first half hobbles through every thread. We see every meeting, both of SPECTRE and MI6. We see every instance of the villainous plan’s setup, even down to an extended sequence of a jet being netted underwater. Pacing is sluggish and the action scenes are few and far between.

The second half doesn’t fare much better. Underwater action sequences are, by their very nature, painfully slow. Not to mention repetitive: a lot of grappling and tube cutting.

The film just doesn’t move as a Bond film ought to. The climax is awkwardly choreographed and slow. Sure, some of the editing techniques are cool. Connery still plays a good Bond.  But, overall, Thunderball doesn’t tread water (see what I did there? The movie’s all water…yet it can’t swim in its own depths. Get it?). 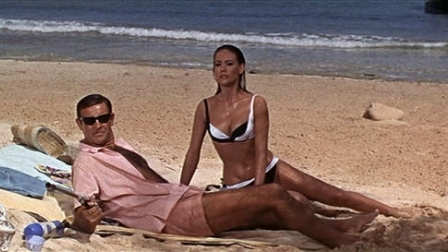 I ended with a pun, so I should just get out of your hair. You deserve at least that much.

Thunderball is currently available to rent/buy on Amazon Video here

Have you seen Thunderball? If so, what did you think? What is your favorite Connery Bond film? Let me know in the comments! 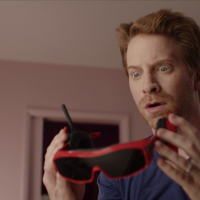 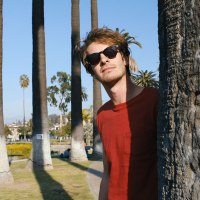