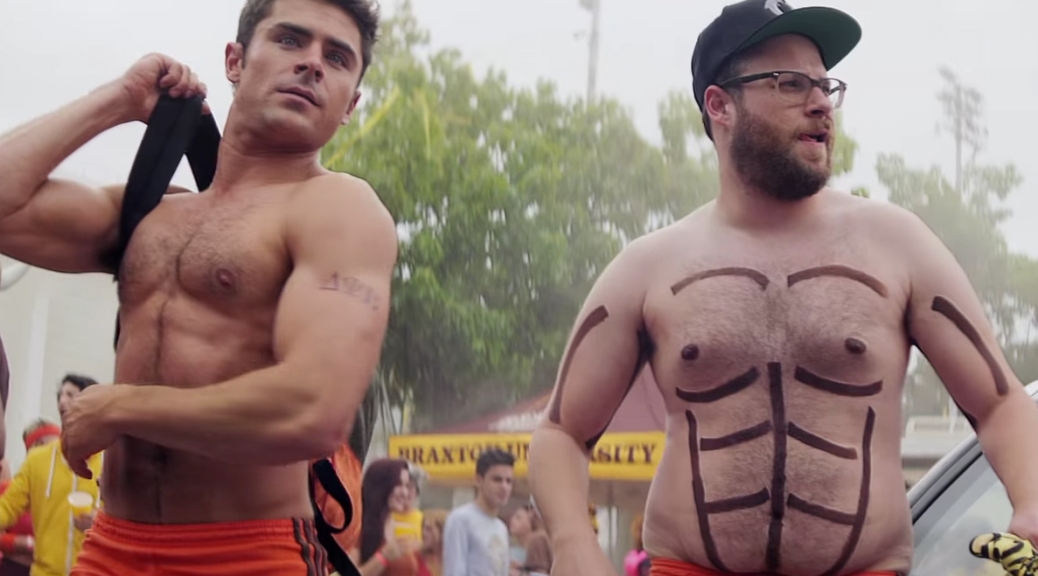 Mac and Kelly Radner (Seth Rogen and Rose Byrne) sell their house under contractual escrow, so they must ensure that nothing in their neighborhood screws up their chances of moving out. Three college freshman (Chloe Grace Moretz, Kiersey Clemons, and Beanie Feldstein) ditch the inherent misogyny of Greek life by creating their own sorority conveniently located next door to the Radners.

This is Neighbors 2, and, based on its premise, it is a retread in motion. The only added element to this sequel is that the grossly ill-informed and somewhat dim-witted characters discuss the inner workings of institutional sexism. It is as superficial a sequel premise as you think it is.

This said, the leads have good comedic timing as well. Rogen, Byrne, and Efron play off of each other as well as they did the last time around. Efron particularly shows consistency with his budding comedic chops. Most of the time, though, it is the writing that misses the mark.

The problem with this film is not the comedy, per se. Jokes are delivered by actors who know what they are doing with the comedy genre, and they land more often than not. It is the narrative as a whole that fails to live up to a larger comedic arc that would ultimately make this second effort feel worthwhile.

With Neighbors 2, the plight of the comedy sequel continues. The ability for a comedy to have a sequel sets the bar unnaturally high for that film to succeed. Given the shallowness of most comedy premises, sequel narratives are doomed to retreading. Neighbors 2 is no exception, which is unfortunate given the comedy talent involved.

Neighbors 2 bears the burden of having to live up to its predecessor. This said, I found the first film to be middle-of-the-road in the comedy canon. As such, this sequel seemed to me to be unnecessary, and, after seeing it, I remain in the camp that the sequel did not build much on the film that came before it. As much as I enjoy the talent involved, I came out wishing this talent was being used on new narratives as opposed to the same done again with a twist.