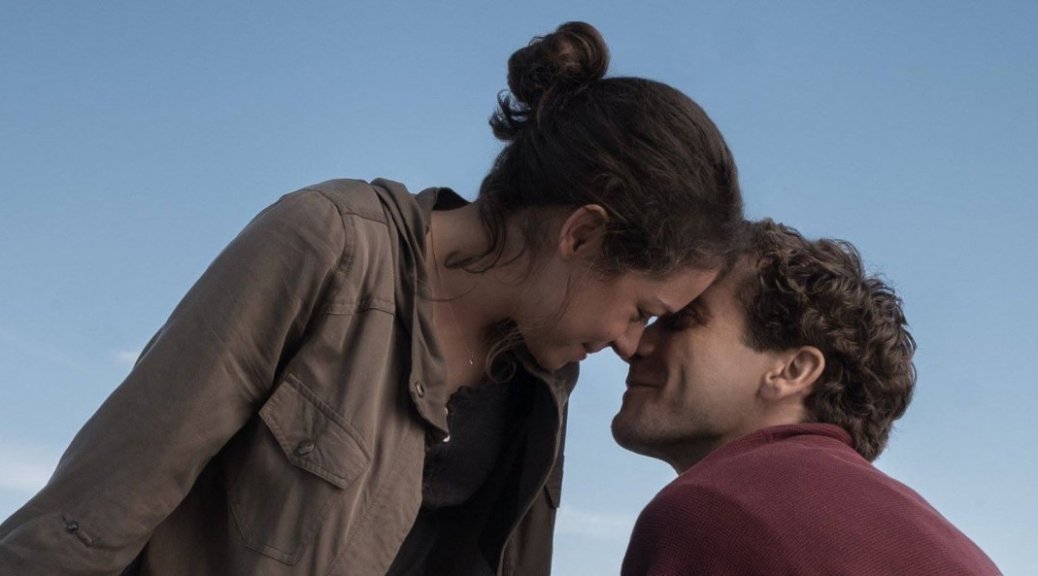 The Boston Marathon bombing occurred a mere four years ago, and we already have two major feature films that depict the attack. This makes sense, as the story has an inherent emotional core to it, a strength and determination of a city that is inspiring. But where Peter Berg’s Patriots Day takes this emotional core and uses it to an end that is more akin to a thriller than a historical drama, Stronger takes a more sensitive approach.

David Gordon Green, a director who is adept at transitioning between comedic and dramatic projects, takes on in Stronger the story of bombing survivor Jeff Bauman (portrayed by Jake Gyllenhaal).

On the day of the bombing, Bauman was waiting for his ex-girlfriend Erin (Tatiana Maslany)—their shaky relationship quite clearly in the “on again, off again” phase—at the finish line. The attack resulted in Bauman losing both of his legs. Stronger chronicles his recovery effort and the strained relationships that stem from it.

From a tonal standpoint, the film is impressive in its ability to be emotionally powerful without being emotionally manipulative. This film is not an overly-sentimental attack on your tear ducts (although don’t expect for them to take the night off, either). Instead, it is an earnest portrait of the struggle that comes, at the individual level, after a traumatic event is long over.

This earnest emotion is accomplished largely through an attention to the real life characters’ personalities and the depiction of Boston in general. At a Toronto International Film Festival Q&A, screenwriter John Pollono discussed the time taken to understand the figures surrounding Bauman during his recovery.

What results from this care is a handful of strong characters. Mainly, it is Bauman’s mother Patty (Miranda Richardson) that emerges as the most complicated and sympathetic figure. Richardson captures Patty with an attention to subtlety that sneaks up on you. At first it seems as if Patty may be depicted as a one-dimensional obstacle to her son, given her alcohol consumption and her animosity for Erin.

What we get instead is a character with layers that are difficult to parse. At times these layers are telegraphed, as with the moment where Patty says that she wants Jeff to do press because she wants the world to see how great her son is. Beyond these lines, Richardson’s performance shows a psychological struggle that, even though it remains on the fringes of the film, has a powerful gravitational pull.

The attention to real-life emulation extends so far that the film includes real people in the casting. Medical professionals that actually worked with Bauman are seen and heard in the film recreating the same medical steps. What results are hospital sequences that are grueling and emotionally palpable.

The most poignant of these scenes is the one showing the first time Bauman’s bandage wraps are replaced. The slow, painful process is shown in a shot that frames Bauman and Erin on the edges and the bandages in the center. It is a long take that does not flinch away from the pain of the moment. Erin looks on at Bauman, consoling him as he grits his teeth and attempts to hold in his pain. The shot acts as a freeze frame for the major crux of the film, capturing both Bauman’s struggle and the intense relationship that it creates for him and Erin.

This scene, and truly the film as a whole, would not succeed were it not for Gyllenhaal and Maslany. The two of them provide tour de force turns in this film. Their characters’ relationship is where the film could have slipped into a conventional and cloying problem. But the performances are emotionally illustrative without being over-bearing, save for one scene where their arguing reaches a shouting fever pitch.

In Patriots Day, Boston patriotism is beaten over the audience’s head. It is a necessary element to a depiction of the event, but it becomes a repetitive issue in Berg’s film. In Stronger, Green tones this patriotism down enough so that it still exists but acts only as a tonal tick.

When the film features characters that are not the three focal points (Jeff, Erin, and Patty), Bostonian personalities are used mainly for the sake of diffusing the drama with humor. The rest of Jeff’s family are brash and prideful, their dialogue mostly consisting of laugh lines. This humor at times feels out of place, but that it is filtered out of the film as Jeff’s story progresses makes it more palatable.

There are sequences in the film that are more conventional for a story of this type. PTSD flashbacks and scenes of large public appearances result in something lesser than the main narrative provides. While it can be argued that these scenes are required, they simply don’t work on the same emotional level that the scenes depicting character progression do. Then there are scenes that seem entirely out of place in the film, as when Jeff is pulled over for drunk driving and the cop completely forgets about the crime when he recognizes Jeff.

Then again, this scene and others are illustrative of the film’s larger goal, which is to say that what the world at large deems heroic may not feel heroic to those who fall under the label. Bauman is depicted as a normal person with struggles beyond his rehabilitation, struggles that only get worse when he is injured.

Stronger only takes this thread to a certain point, though, which leaves the film feeling a bit thematically light when all is said and done. Bauman’s obstacles outside his rehabilitation thin down to being mostly one major issue, and that is his increasing alcohol consumption. Again, this is tackled by more conventional means, which leaves scenes as when Bauman gets into a fight at a bar feeling hollow.

With Stronger, Green showcases three knockout performances from Gyllenhaal, Maslany, and Richardson that are not to be missed. While the film slips in and out of narrative and thematic lucidity, Stronger is grounded by these performances, which will likely only garner more acclaim as the year progresses into award season.