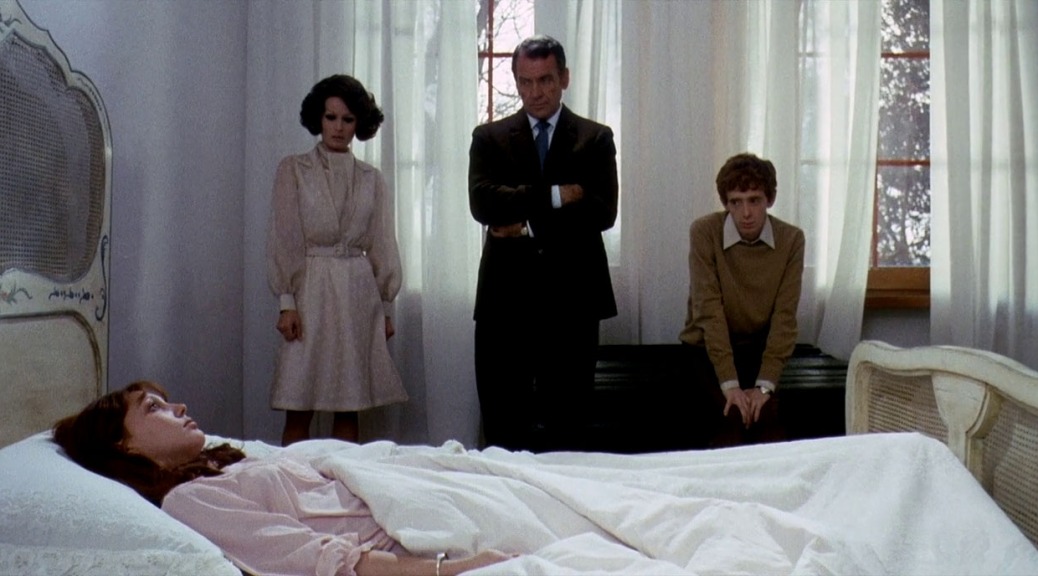 “Maybe he will let himself be seduced, and we will reap our vengeance on him.” 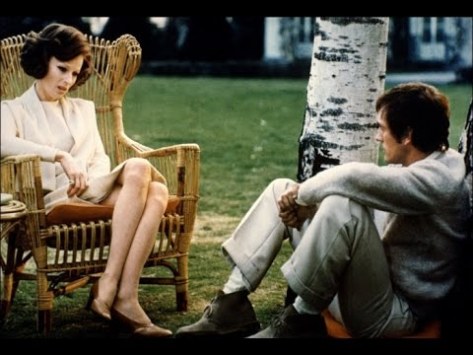 Much has been said about “pure cinema,” the cinematic approach of formalism to accomplish narrative and thematic goals. Classical Hollywood cinema brought with it a brand of cohesiveness in storytelling, an emphasis of plot over image (in most cases) that has made pure cinema more of an anomaly than a true practice.

Pier Paolo Pasolini’s drastically quiet Teorema could be considered an exercise in pure cinema. There are, purportedly, less than 1,000 words spoken in the entire film. This story of a young man coming into an affluent household and seducing every member of the family one by one is told almost entirely through images.

Narratively, the film really only contains this seduction conceit. The man (Terence Stamp) enters the home, has abruptly intimate experiences with everyone inside, and then leaves them to grapple with the seismic outcomes of these experiences.

The thematic underpinnings of this conceit is what is more important to Pasolini. He claims Stamp’s character to be a god. Any god. The lingering question is whether this is Pasolini’s atheism shining through.

The interpretive possibilities may be too broad to know for certain. When the young man leaves, each member of the family admits to him that their life will be tragically empty without him in it. The mother (Silvana Mangano), in particular, makes note that she is nothing but a bourgeois housewife without him present.

With this, Pasolini returns to the internal conflict that runs throughout most of his films: the clash between class and religion. The family in the film is of a higher class, and when confronted with a religious experience their wealth no longer means much of anything to them. In the newfound absence of religion, they are lost, but they might also be better for it.

It is truly hard to say, as Pasolini does not concern himself with the emotions of the characters. When the visitor leaves, they break down into tears of anguish, but otherwise they are more blank than they are emotive.

It is needless to say at this point that Teorema is a challenging film. Like Bergman’s The Virgin Spring and The Seventh Seal, the film approaches religion from an abstract place, where mortality and faith intersect in confounding ways.

Unlike Bergman, whose films present intellectual challenges of their own, Pasolini presents religion from a more jaded, almost broken perspective. The emotional turmoil of his characters present what is most akin to a chicken-egg argument. Are these characters stricken with grief because they cannot find the religion they once had? Or is it because they found god in the first place?

Not every character in the film is negatively impacted by the visitor’s exit, at least not to the same degree. The son uses his profound brush with god as inspiration for art. Yet, he condemns the artist as he works; the artist is like “a crazy man” who “has reduced his life to the silly melancholy of one who lives degraded by the impression of something lost forever.”

The reflexivity of this scene is particularly intriguing. Pasolini is making commentary on art within his art, seemingly making the case that the existence of god makes art an inferior and meaningless construct (thus making the artist all the more meaningless). Beyond its intrigue, this idea seems out of place in the cosmic thematic scope of the film.

At the time of its release, Roger Ebert gave the film a tentative 3/4 star rating, calling the review a “holding action” to avoid from people getting angry at him for recommending a film that does not have mainstream accessibility. He ended the review by stating that “perhaps Teorema should get four stars, or none.”

I don’t know if Teorema is the least accessible of Pasolini’s work. Even though The Hawks and the Sparrows is more light-hearted on its face than Teorema, it may be more confounding in its use of allegory. Still, Teorema is the type of film that presents questions and leaves you to find the answers.