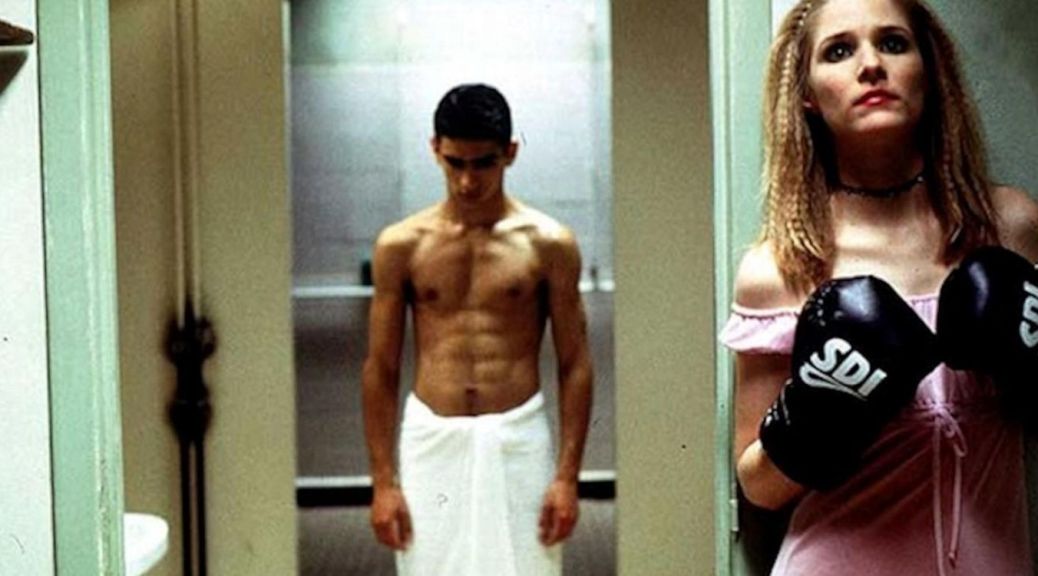 This review of Francois Ozon’s Criminal Lovers is part of the New French Extremity Retrospective series.

Francois Ozon’s Criminal Lovers begins as a Bonnie & Clyde narrative, where two kids of 17 kill a man in passion and go on the lam, robbing jewelry stores and convenience stores to get by as they make their way into the countryside. Then, it becomes something more akin to a Hansel & Gretel tale of survival. 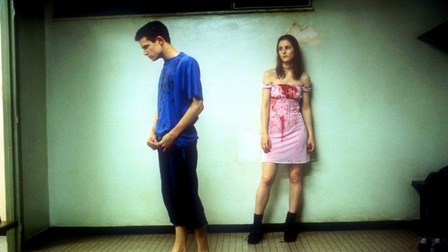 Alice (Natacha Regnier) convinces Luc (Jeremie Renier) to help her kill one of their peers, Said (Salim Kechiouche), after Said came on to her and, according to her, allowed his friends to assault her when she refused his advances.

They carry through with the act, with Alice seducing Said in the shower and then Luc walking in as if truly coming on an act of adultery. The realness of his passion as he repeatedly stabs Said with a switchblade indicates that there is much more story here than what the audience has learned thus far.

In this way, Ozon strings the viewer along, imploring them to question the motivations and true desires of his characters as they engage on their journey.

Early on, Ozon juxtaposes these dual protagonists with images of childhood, marking them as outsiders in this world of mature activity. After they have made their escape, they stop in a convenience store. Alice walks lazily down an aisle full of Barbie dolls, carrying the shovel that they will use to bury their victim. Luc does the same, walking down an aisle of toy race cars and action figures as he eats, unsatisfied, from the pack of chocolates that he stole from the store.

The two characters are babes in the woods, arrested in adolescence while trying so hard to act the adult. They are in over their heads, fixated more on the spoils of their labors than on avoiding prison. As such they stumble, and their Bonnie & Clyde fantasy becomes more akin to a Shakespearean tragedy, if not less refined.

Ozon is fixated on showing us the feelings of our characters. He does it visually by pausing on moments of ignorance to reality. After the murder, which is executed swiftly and statically, he holds on the image of the two lovers showering the blood off of them. Clearly they are more focused on each other than on the act they have just committed. Following this brief respite, Ozon returns the characters to the task at hand. Even then, however, Luc is more obsessed with understanding why Alice decided to seduce Said than with trying to get rid of the body.

In this way and others, sexuality plays a key role in Criminal Lovers. The confused sexuality of Luc becomes a pivotal role in both the narrative and the relationship between Luc and other characters. At one point, the role of seducer is reversed, but Luc does not necessarily back away from this shift. His asexuality toward Alice is enhanced with the introduction of a third character.

Luc coming to terms with his sexuality throughout the film enhances the key theme at play. These killers are merely children caught up in the hormonal passions of youth. That Luc and Alice claim to be in love with each other is merely another youthful fantasy, a believe that things are permanent when in fact they rarely are.

This is what makes Criminal Lovers more poignant than the obtuse title might suggest. Ozon’s directorial focus makes for a film that is more sensitive to its characters than a film of this ilk generally is. The tragic arc of the three major characters may unfold deliberately, and it may be hard to truly sympathize with the characters, but the film nevertheless offers something more emotionally weighty than a film about murder and imprisonment ought to.