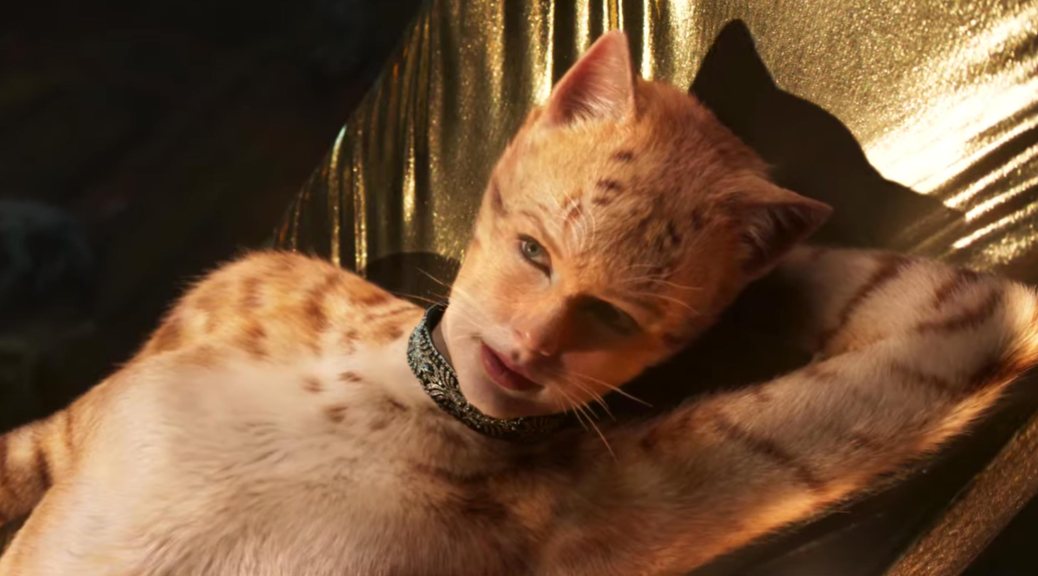 I am not overly familiar with Andrew Lloyd Webber’s feline musical Cats, but I gather that the 2019 film adaptation from Tom Hooper is fairly loyal to the subject matter. Victoria (Francesca Hayward), a young white-haired cat, is thrown violently from a car and finds herself in London streets populated with other cats. She just so happens to be arriving on the day of the Jellicle Ball, an annual event where jellicle cats compete in the Jellicle Choice, which allows one lucky jellicle cat to ascend to a new jellicle life in the “Heaviside Layer.”

I cannot confidently tell you what “jellicle” means. 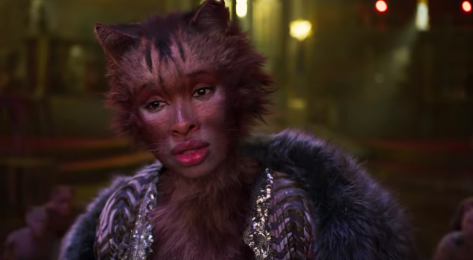 Cats is, to put it kindly, hard to watch. The humanoid manifestations of these cat characters, rendered in CGI but maintaining the general visages of the performers’ faces, has been memed to death since the trailer for the film dropped. And for good reason. It looks unseemly, not quite uncanny yet deeply unsettling in its blending of human and feline features.

Although, it is not merely the case that Hooper’s Cats is a visual effects experiment gone wrong in what would otherwise be an acceptable musical adaptation. It is not particularly pleasant to listen to, either. By the time we get to Jennifer Hudson nailing “Memory” as the ostracized Grizabella, we have already heard so many clunky arrangements and gaudy choreography in the song and dance numbers that it is difficult to be invested in Hudson’s moment. (It is worth mentioning that there is one other honorable mention song, and it is Ian McKellen’s “Gus: The Theatre Cat,” a song which McKellen beautifully sells as the heartbreaking swan song that it is).

And even “Memory,” arguably the biggest musical flourish in the entire show, is botched by poor mixing, as Hudson is almost drowned out by orchestra at the apex of the song.

There are small touches that Cats has going for it. The sets are inventively designed, for one. Idris Elba, until he starts singing, is a highlight. But for every asset the film picks up, it produces numerous obstacles to enjoyment. Rebel Wilson is a cat with fake fur and human clothes underneath(?). Cockroaches with human faces march onto a cake in a truly grotesque display. Many times, the computer graphics ebb and flow in unnatural ways, particularly in the areas around the actor’s faces (if you focus on the forehead, you can see the visual glitches in every scene).

Apparently this latter point is something the studio “improved” upon after the film’s release, and Universal is in the process of re-sending hard drives of the film to theaters across the country. Unfortunately for Universal, this Pandora’s box of visual horrors cannot simply be resealed with a quick fix. The studio released an unfinished film with nightmarish visual effects, and they are paying the price.

As for me, I won’t be cashing in to see the new and improved Cats anytime soon.