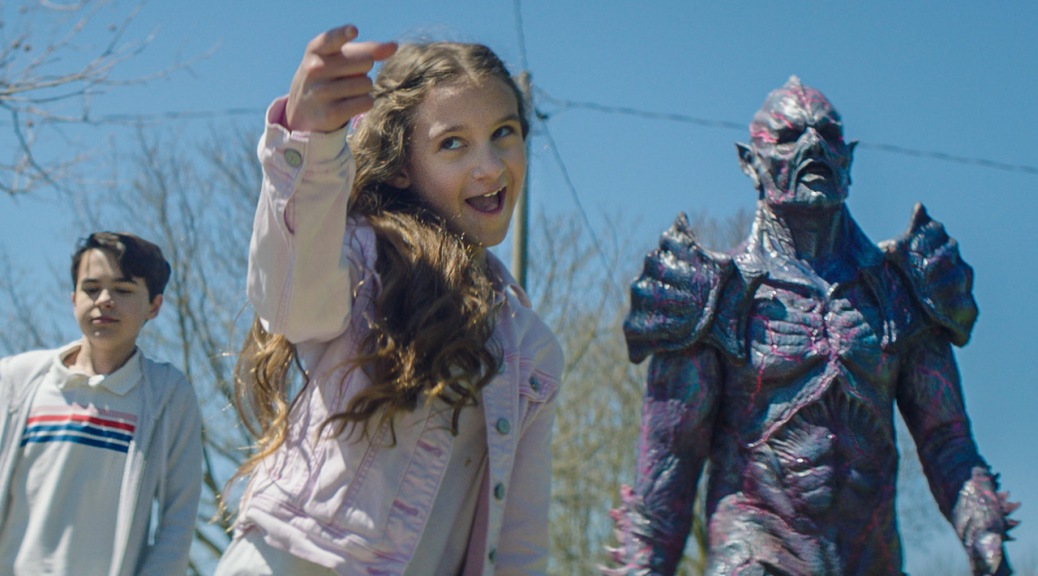 It isn’t often when a movie with the singular perfect title comes along; just the best movie title of all time. Studios might as well not title new movies from here on out. They just will not be as good. The ghost of Orsen Welles wishes that he would have thought of the name Psycho Goreman when he shot Citizen Kane. Citizen Psycho Goreman might have actually won the Oscar for Best Picture. 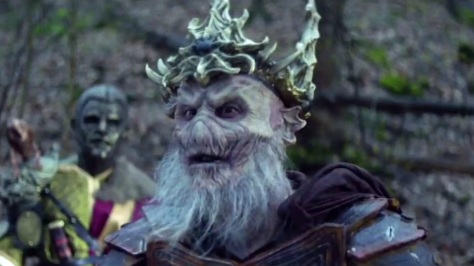 But I digress. Steven Kostanski’s Psycho Goreman is not quite the movie that its name suggests. Yes, there is a Psycho Goreman (PG, for short), and he does crush human skulls like pumpkins filled with pulpy, syrupy, goopy brain matter. But he’s also a pet of sorts, a lapdog for an unlikely figure: a spunky young girl living in a suburban neighborhood.

The girl, Mimi (Nita-Josee Hanna, in a tenacious and charming turn), is introduced whooping her brother Luke (Owen Myre) at a late-evening round of Crazy-Ball, a made-up dodgeball variant with a seemingly nonsensical ruleset. Luke’s punishment for losing is (of course) to dig his own grave. Mimi watches on pleased as Luke struggles inside a six-foot hole, where his shovel strikes something hard. Something glowing.

The siblings unearth from the hole an amulet reminiscent of the LeMarchand Box from the Hellraiser films which is locked with a puzzle—a puzzle Mimi cracks inexplicably on her first try. Solving the puzzle resurrects an intergalactic warrior of destruction, a nameless beast whose visage resembles the Wishmaster by way of Ivan Ooze.

The creature is the “Archduke of Nightmares” from the distant world of Gigax, where his warrior race (hellbent on the complete destruction of all living beings in the universe) was enslaved by a noble (?) alien species known as the Templars. After a successful coup which granted the Archduke the power of the Templars, he was vanquished and buried away. Now returned to form, he quickly begins dispatching of human souls, binding their physiological constructs to endless nightmares and eternal pain.

Oh, and he is also beholden to the wills of thine who holds the amulet (in this case, a child named Mimi). Mimi, a somewhat controlling kid who takes no guff, delights in her newfound friend, using him for all sorts of shenanigans. All the while, the Archduke of Nightmares (who Mimi and Luke redub “Psycho Goreman”) vows to murder her and her family as soon as he breaks free from her control.

It is also the sort of premise that allows Kostanski to lean into his film’s low production values, which kind of squash the visual ceiling here. Practical and DIY CGI effects are rendered rather kitschy—the film’s practical costuming looks like a cross between Power Rangers and GWAR—but this is all part of the fun. For a dark comedy playing on the stern seriousness of the demon harbinger of doom horror archetype, the low production value works.

What does not work is the limited visual acuity in shots trained on these characters. I do not know what type of lenses were used in this film, but they make everything look strange. Add to this numerous shots which do not adequately pull focus, and the juvenility of the narrative begins bleeding into the style.

What grows less fun as the movie progresses is the script. Occasional gags are silly enough to induce a chuckle, but many jokes don’t land smoothly. The reliance on the awkward pause for comedic effect feels off-tone for what this film is otherwise doing with its genre sendup; it is too wink-to-the-camera. And the premise, clever as it is, does not lend itself to a rich comic narrative. Most of the 94-minute film is rife with non-essential hi-jinks, with a late third act conflict introduced leading to a slightly exhausting climax.

As much as I am hesitant to make such categorical notes, I think this premise would function better as the framework for a television program (perhaps of the Adult Swim animated comedy variety). It is novel and funny enough on its own to pitch as a 15- or 30-minute sitcom format. As a feature, the narrative necessitates a full arc with a satisfying resolution of events. As a show, the narrative can simply prod at the edges of this generic mythology, introducing aspects of this world which are off-kilter and intriguing. Instead of simply introducing a grab-bag of different alien species whose role in the film is to sit around a table and, in one scene, be beaten in awkwardly choreographed hand-to-hand combat, a show version could present glimpses of the galactic dimension to this diegesis while still remaining grounded in its suburban kitsch.

Psycho Goreman definitely has its charm. It is an easy watch for a horror fan looking for something that is self-aware and doesn’t take itself too seriously. But its prospects as a cult midnight movie are limited by its strained plot and unsavory visual palette. While this sounds like a harsh criticism, I found PG quite enjoyable. 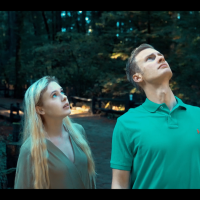 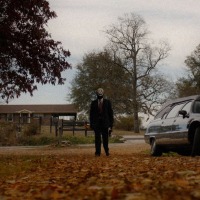