This weekend sees the new release of the Emma Watson-Tom Hanks thriller The Circle, based on the novel by Dave Eggers, and How to Be A Latin Lover, a comedy directed by Ken Marino and starring Eugenio Derbez and Salma Hayek.

Additionally, Bollywood sequel Baahubali 2: The Conclusion will be looking to make a similar smash to its predecessor. According to Box Office Mojo, the first film grossed $3.5 million in its opening weekend, and its sequel has already pulled in an estimated $2.5 million in Thursday night previews.

END_OF_DOCUMENT_TOKEN_TO_BE_REPLACED 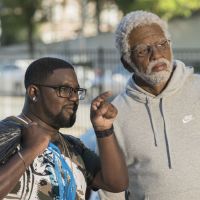