This is installment three in “The Friedberg-Seltzer Massacre: How Two Men Single-handedly Destroyed the Parody Genre.”

Here we go. This is the point after which discussing the works of Jason Friedberg and Aaron Seltzer becomes an arduous chore. Epic Movie signals the beginning of the end for the blockbuster parody film. This is not to say that the Friedberg-Seltzer movies stop making a profit after this movie. But Epic Movie embodies all of the things that detractors of the parody genre point to when they argue for its extinction. And while Friedberg and Seltzer (mostly) weather the severe backlash to their films through the 2000s, the parody genre as a whole starts to fade away. 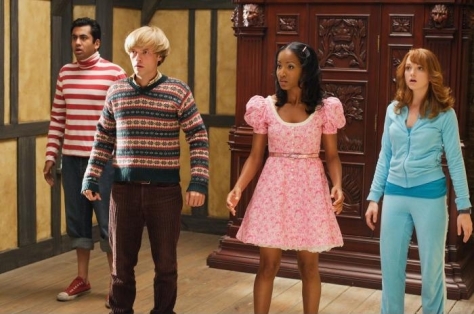 Since 2007, major spoof releases have grossed the following worldwide, in millions (Friedberg and Seltzer titles in bold):

There hasn’t been a major theatrical parody since END_OF_DOCUMENT_TOKEN_TO_BE_REPLACED