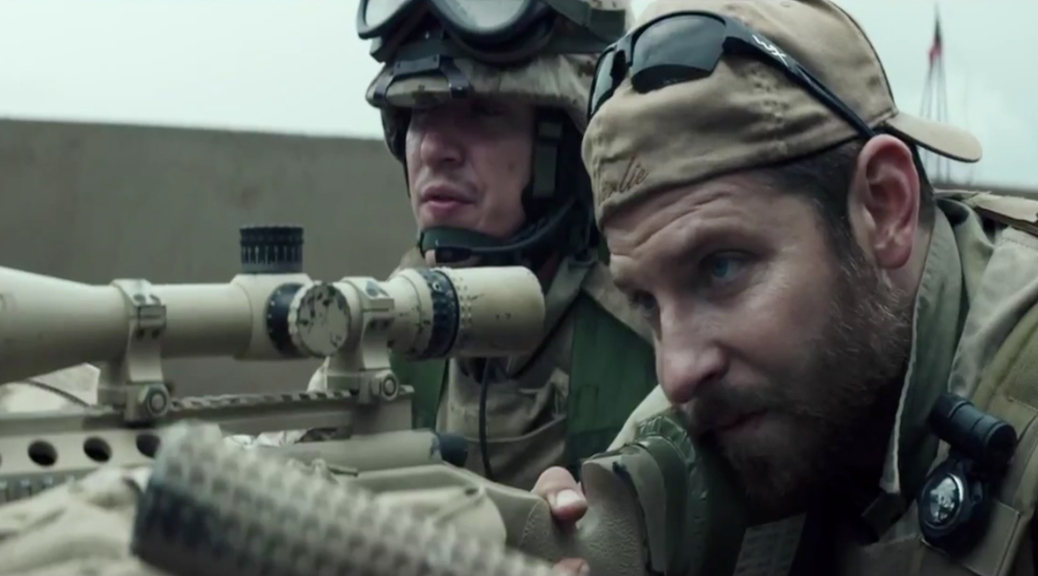 American Sniper is a movie, directed by Clint Eastwood, which has been getting a lot of attention. Way more attention than I expected it to get, at that. And I don’t quite know what to make of that. I mean, a major blockbuster in January? Clearly, this isn’t the first time a movie has gotten caught up in the hype only to end up being not all that incredible when viewed as a film (The Interview, anyone?). The politics of a film detracts from the film itself, undoubtedly, and because of that I don’t want to delve into the controversy over American Sniper. Because the real truth is that, regardless of my political leanings, I didn’t really enjoy this film.

The film stars Bradley Cooper as the eponymous sniper, Chris Kyle, who has been labeled the deadliest sniper in U.S. military history. Kyle served four tours as a United State Navy SEAL in the Iraq War, amounting in a total of 10 years served. He was later murdered in 2013.

Cooper, arguably, is the best part about this movie. His performance is nuanced, and, considering his is the only character that really has any substance to it whatsoever, it stands out. Aside from Cooper’s character and, from time to time, his wife’s (Sienna Miller), there is no entryway into having sympathy for any character in this movie. When one of Cooper’s buddies dies in battle, there isn’t any emotional resonance, and at times there is only the question as to who the man was in the first place.

It is this emotional detachment that leads to where the heart of the problems lie with this film. The flaw is not in Eastwood’s direction, or in the intricate sound work or cinematography, but in the concept of the film itself. It is quite possible to dig your way into Cooper’s character, but beyond that the movie is left to flounder. It would be hard to call this an action film, so the sequences that show the Iraq conflict are purely there for their aesthetic value. This is simply because, after the opening scene of the film, it is established that Kyle’s job was often times difficult, where he was forced to aim at women and children. After that scene, the battle sequences do not do anything to further his character. If the soldiers that Cooper engages with are more properly developed, then perhaps these scenes would act to show the stereotypical theme of war movies: that war is Hell. Without the emotional connection to any other soldier, the scenes of Cooper laying prone and eyeing down possible targets don’t do anything to enhance the film. And these scenes are a large portion of the film. The remaining scenes of the film, where Cooper is back in the states, do act to show the struggle that is returning to everyday life after experiencing the trauma of war, but these scenes are disjointed and disproportionate to the portion of the film that takes place in a warzone.

I don’t hate this film. It’s well put together from a cinematographic standpoint. The action sequences, taken purely as that, are for the most part well-paced and suspenseful. But the narrative is uneven and the subject matter is conventional aside from a small augmentation provided by Cooper’s performance.

Have you seen American Sniper? If so, what did you think of it? What do you think about political controversy and how it affects the interpretation/analysis of films? Let me know in the comments! 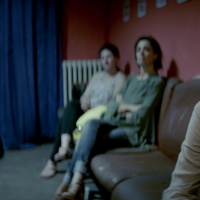