Reed Richards (Miles Teller) is a child with a dream: to create a teleportation device and change the world for the better. After his prototype device is disqualified from his high school science fair, scientist Franklin Storm (Reg E. Cathey) hires him to work on a government funded device of the same ilk for the sake of accessing a nondescript alternate dimension dubbed “Zero.” 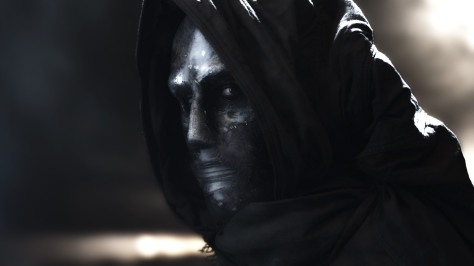 From there, Fantastic Four is a haphazard jumble of plot points inserted abruptly with no sense of pacing or flow. The opening sequence with Reed and buddy Ben Grimm (Jamie Bell) as young children is the most interesting and naturally progressing of the film.

The rest of the film is a tonal mess. The characters’ initial interactions–albeit forced and awkward deliveries by all–are laced with the patented Marvel character wit. At least, an attempt at it. Then, a sudden tone shift strips that away for the remainder of the film, leaving nothing but empty–not to mention bland–action.

The characters in this film are essentially non-existent. Each one keeps their differentiating stereotypical traits and motivations just underneath the tongue, ready to spit them out toward the audience like acid at a moment’s notice.

Conversations between the eponymous four are tepid and presented with dead delivery. At times, Michael B. Jordan shows some humanity in his witticisms, but none of the acting performances transcend their poorly written characters. Given the acting talent, this is disappointing. Reg. E Cathey has the strongest performance of the film, but all he is given to work with is his character’s paternal drive to protect his children.

The most egregious misuse of this classic comic book super group is that there is no sense of unity between its members. Characters have their powers, and that’s pretty much it. Their alter egos may have some superficial interactions that loosely resemble teamwork and friendship, but once they obtain their powers they aren’t characters at all.

Imagine The Avengers without good cheeky banter or heroes playing off of each other’s strengths and weaknesses. That’s the heroes of Fantastic Four in a nutshell. And it doesn’t help that Teller, Bell, and Kate Mara are robots in human skin throughout the film.

So, the characters are nothing to write home about. Does it matter? It is a popcorn-munching action movie, after all. It is true that a movie like this isn’t always made with strong characters in mind–though it hasn’t hurt when superhero movies have tried for strong characters in the past. Unfortunately, the action and visuals of Fantastic Four are ineffective as well.

The CG is, in some minor instances, appealing. The Human Torch is a striking example. For the most part, though, the visual effects are laughably bad. The Thing is a computer generated nightmare blob. Mr. Fantastic looks downright silly strapped down to a table, his limbs stretched for the first time. 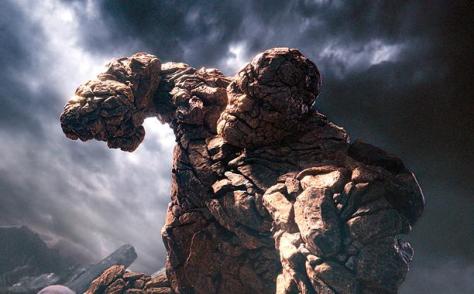 The action sequences, which are surprisingly few and far between for an action movie, are wholly uninteresting. For example, a scene in which The Thing and Mr. Fantastic’s powers are put to use for the first time lasts roughly one minute. The group spends more screen time training alone than they do actually engaging in fight sequences.

The film also sports an ending action sequence that is so haphazardly thrown together that you are dumbfounded to realize that it is in fact the climax.

Overall, Fantastic Four is a hot mess of poor narrative structure and lazy filmmaking. Characters begin with one dimension, a dimension that dissolves and becomes meaningless as forced plot points put speed bumps in the flow of the narrative. Once again, the Fantastic Four franchise has been mishandled. And, somehow, it is worse this second time around.

Have you seen Fantastic Four? If so, what did you think? Let me know in the comments!