Derek Cianfrance, the director of The Place Beyond the Pines and Blue Valentine, returns with a story that is similarly bleak and heart-wrenching, despite what the title might have you believe. The Light Between Oceans tells the story of a married couple (Alicia Vikander and Michael Fassbender) who, after multiple attempts, fail to carry a child to term.

Cianfrance brings style to the film, but it does not make up for the pitfalls of narrative and thematic substance. Lighting and framing capture picaresque cinematic moments from the 1920s Australian landscape. The sound design, in certain pivotal scenes, is fantastic. The film appears very much, and very adeptly, like a film. 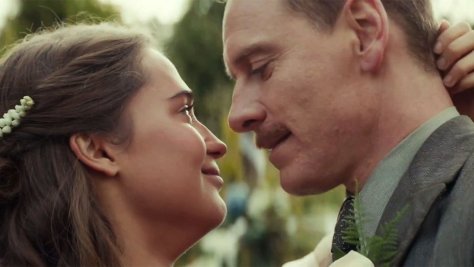 Fassbender and Vikander come together to make up the tragic couple. They are the film’s driving force, and they are both wonderful. Rachel Weiss, in addition, is absolutely riveting in a criminally small supporting role.

The issue with The Light Between Oceans is something more internal than the acting or style. The issue is narrative, in that it does not provide as compelling a tale as the subject matter would otherwise warrant. But it is also an issue of tone, a tone that breeds melodrama and monotony. Much of the film lacks energy and urgency. It takes nearly an hour for the inciting incident to occur, and another 15 or so minutes before Weiss’ character is introduced.

The film wants to have a metaphysical conundrum adequate for a Bergman film, and it comes through with one that mistakes emotion for depth. The slow-burn unraveling we see on screen plods towards its ethical goal at an unwieldy pace.

In short, The Light Between Oceans lacks the tonal control and narrative urgency to warrant its lengthy runtime, to the point where only the most avid of viewers will maintain rapt attention through to the end. The shame is that this struggle for attention will also leave many viewers to ignore the strengths that this movie does provide in its style and acting.

The Light Between Oceans: C+

One thought on “The Light Between Oceans (2016) Movie Review”