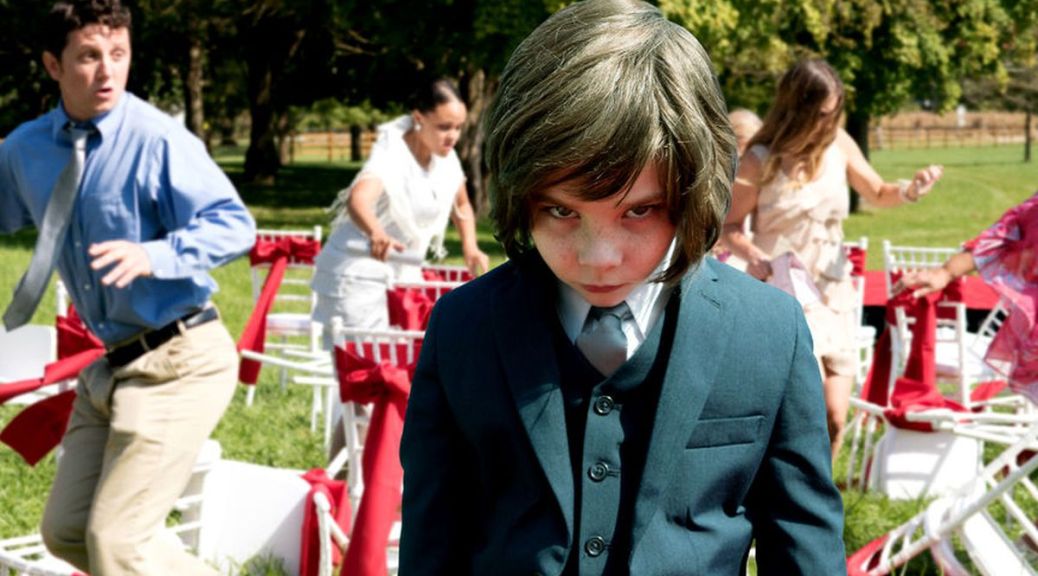 Eli Craig is no stranger to horror movie conventions. As director and co-writer, he skewered them in the cult hit Tucker and Dale vs Evil. The film took the Friday the 13th vein of slasher movies and turned it squarely on its head, to a riotous (if not one-note) comedic result. 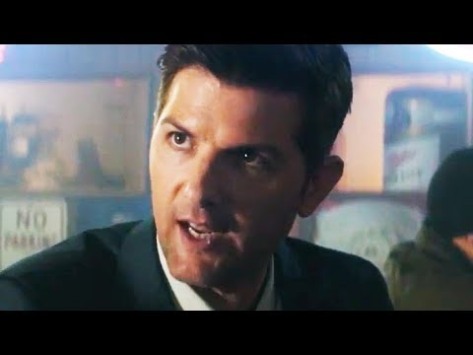 With his sophomore feature film effort, Little Evil, Craig takes on the demon child subgenre, using the framework of The Omen to craft his horror comedy.

The short-form review of Little Evil is that it does not land with the same smash irreverence of Tucker and Dale vs Evil. But it takes an inspired approach.

The film centers on Gary (Adam Scott) as he moves in with his new bride Sam (Evangeline Lily) and her son Lucas (Owen Atlas). Their relationship has moved fast. He hasn’t had a lot of time to get to know his new step-son. But he knows that Sam is the one, and he will do anything to make the marriage work. Including coping with the increasingly plausible possibility that Lucas is the devil incarnate.

Craig flexes his horror genre knowledge in this script, which makes visual allusions to the likes of Poltergeist and The Shining. The imagery being lifted is always the obvious choice, and, outside of the premise’s The Omen inspiration, the allusions never feel necessary to the comedy of a given scene.

Instead, much of the comic heft rests on the shoulders of Scott and the co-stars that take on small roles around him. These are sitcom figures like Chris D’Elia, Kyle Bornheimer, and Donald Faison, who all do a fine job while still feeling consistently out of place. Scenes involving the three of them also have a penchant for slipping into ad libbing that does not fare well in the otherwise scripted film.

The supporting role that takes up the most screentime, and thankfully so, is Bridget Everett’s Al, Gary’s closest friend and confidant. Outside of Scott, whose lead performance saves this film, Everett gives the best comic turn.

As is the case with many Netflix original movies, the plot of Little Evil can get clunky, particularly when it comes to pushing past the novelty of the film’s premise. The film gets outlandish and farcical by its final act, which is an acceptable and likely intentional end, but it gets to this place via a series of attempts by Scott’s Gary to dispose of his Satan-spawned son.

Instead of being the comedy of errors that it wants to be, this act of the film becomes the most tiresome and plodding. And while the film ends on a weirdly uplifting note, it does so by way of an ill-staged and dramatically inert climax that feels unduly forced on the audience.

Either way, the film’s first half lives up to the promise of its premise. Scott’s early interactions with his character’s new home life make for good comedic moments, and the parallels that it makes between the demon genre and the trials of step-parenting comes off as a whimsical and fresh take.

Little Evil does not perform as well beyond this premise, making for a comedy that is not as terse and cohesive as Craig’s Tucker and Dale vs Evil or other “canonized” horror comedies. But there is a surprising amount of mileage that the film makes out of the simplicity of its comedic premise that keeps the film from going completely stale.