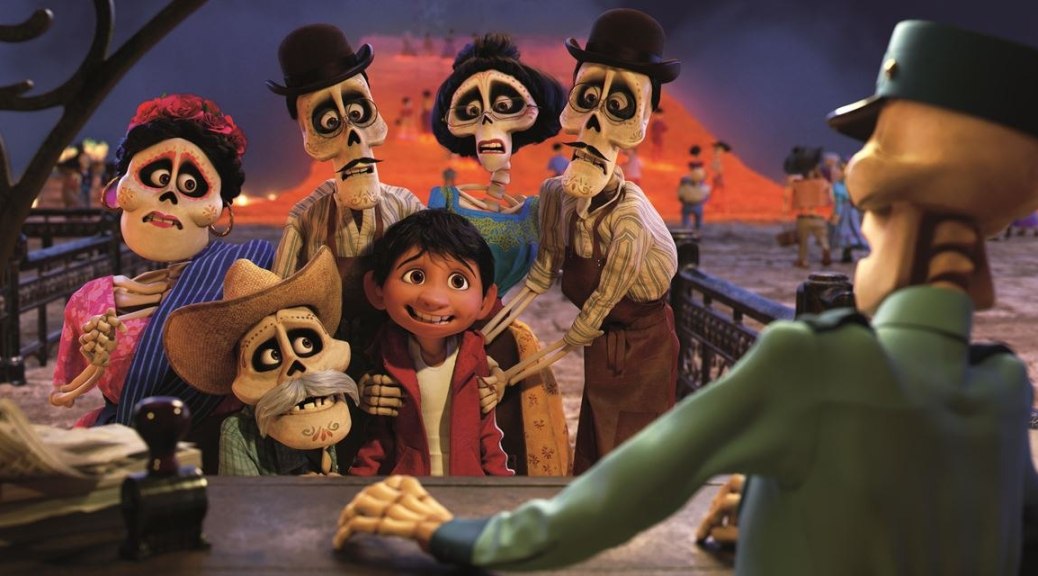 Pixar films often run on a formula of a handful of sure-fire tropes. A protagonist with dreams bigger than the present situation, prevented from acting on those dreams by external forces. A sidekick character who either doesn’t talk or has way too much to say. A supporting character who turns out to be evil at the third act break. The hero’s journey, all in pursuit of a theme that revolves around family and/or finding oneself.

Coco does not deviate wildly from this formula, certainly not as much as a film like Inside Out did. It follows young Miguel (Anthony Gonzalez) who dreams of being a guitarist like the famed, late-great Ernesto de la Cruz (Benjamin Bratt). His family takes exception to this, because long ago a musician walked out on the family and never looked back.

The thematic crux of Coco is this push-and-pull between family and individual expression. Can Miguel act on his passion for music without sacrificing his family? Will he have to give up on his dreams to keep in his family’s good graces? It isn’t an out-of-left-field premise for a Pixar film. While it reads formulaic, Coco nevertheless provides a lot of heart and character experience that makes the film full.

The characters of Coco are living another day in their established lives, not merely plopped into an animated world for the sake of a plot. There is a history and a set of worldly experiences that we are able to learn about as the film progresses. It is not merely exposition, but it is the expansion of narrative to create a three-dimensional world.

And it is a lush three-dimensional world, at that. The land of the dead that Miguel is transported to via his curse is one of the more expansive, vibrant worlds that Pixar has digitally constructed to date. The layering and texturing of landscapes is awesomely substantial. Some of the character animations are more pedestrian by comparison, but on the whole Pixar has come through with another strong animated showing.

It is hard to not be enchanted by Coco. It is a simple but sprawling story through a stunning animated tableau. It may be a story that you’ve heard before (although through a representation of a culture under-represented in mainstream animated films), and it may not tug at your heartstrings as fully as the film may want. All the same, Coco is a delight.