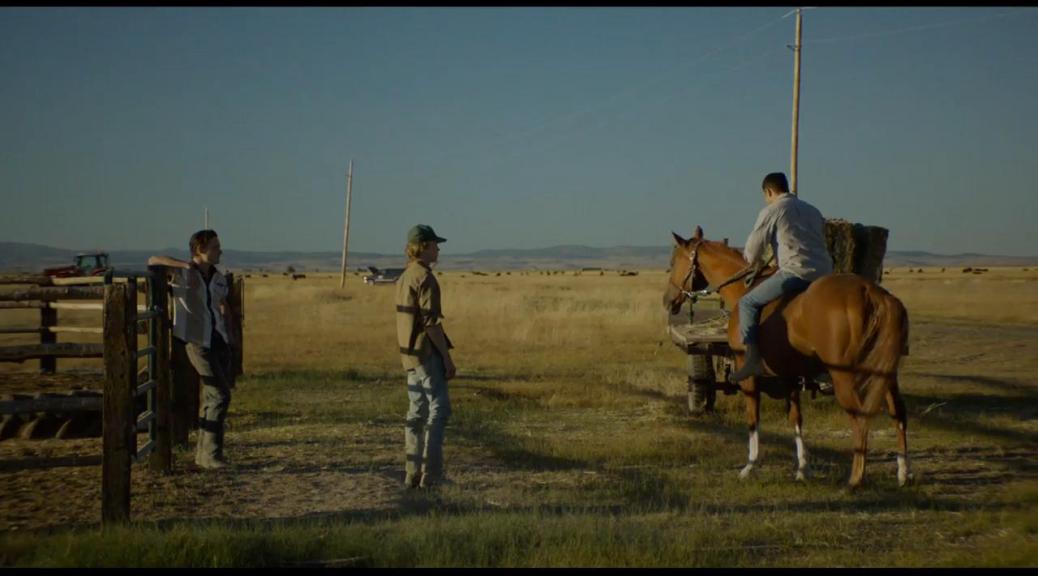 Andrew Haigh’s 2015 film 45 Years is a fantastic film. Quietly fascinating, it dissects a seemingly mundane 45-year marriage at a pivotal point of fracture. His latest film, Lean on Pete, has shades of this. It travels with a 16-year old boy named Charley (Charlie Plummer) at a crucial period of adversity. 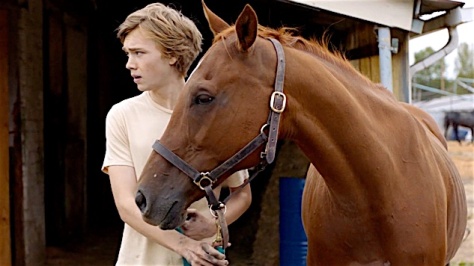 Both Pete and Years watch as the notion of quaint compassion becomes strained to the point of near collapse. Both have a genuine sense of love that is stripped away.

And Pete is a great film, if not slightly under the lofty bar set by Haigh’s previous effort.

In the film, Charley picks up a job when his father and he move to Portland. He becomes, under the tutelage of a disgruntled yet fair man named Del (Steve Buscemi), a caretaker of race horses. The film’s title refers to the horse that Charely becomes attached to despite advice not to get too close to a race horse, whose lifespan is often cruelly short.

All of the figures in Charley’s life, most of whom we are meeting for the first time at the same time Charley is, are shockingly well-drawn for the curtness by which they all interact with the world. Most of the characters in the film carry themselves with a rural bluntness. They speak little and explicitly what is on their mind. And yet, there is a uniqueness to almost every one of them.

The performances each take their own trajectory toward the same characterized end, and Haigh allows these characters to breathe in the languid, often transitory sense of place.

In a way, this expansive world that contains many minor moments of Charley interacting with figures in his inconstant setting takes away from the deepest emotional kernel: Pete. For a film most simply described as a story about a boy and his horse, the horse feels more like a device than an actual character.

Thereby, the middle stretch of the film that focuses predominantly on Charley and Pete is the most vacant. Tellingly, this is when Charley opens up most about where he’s been and how he feels about that past. But this is less intriguing than when Charley is concealing and quiet, and I believe it has to do with a lack of tangible feeling between the boy and the animal.

At least the film doesn’t go too far in the other direction, as other movies about a character and their animal often do. These films will humanize the animal to the point of it becoming like a cartoon character, where the cocked head of a dog can unrealistically communicate a clear piece of information to its owner. Here, Charley mainly communicates with Pete in order to communicate with himself.

Plummer’s performance in these scenes are where he gets to shine. Otherwise, his exquisitely restrained acting is hidden behind the various actors that come into his life—Steve Buscemi, Travis Fimmel, Chloe Sevigny, Steve Zahn—who are giving bigger, albeit very strong, performances.

Lean on Pete is a determined case study of grit yielding to desperation. Its characters act like beautifully imperfect, austere portraits of neo-Western Americana. Its emotional determination lends itself to a crushing sense of tone and atmosphere.

Haigh’s ability to capture with his films a depth of humanity and emotion is astonishing. That he can do it with both an intensity and a sense of quiet is a marvel.