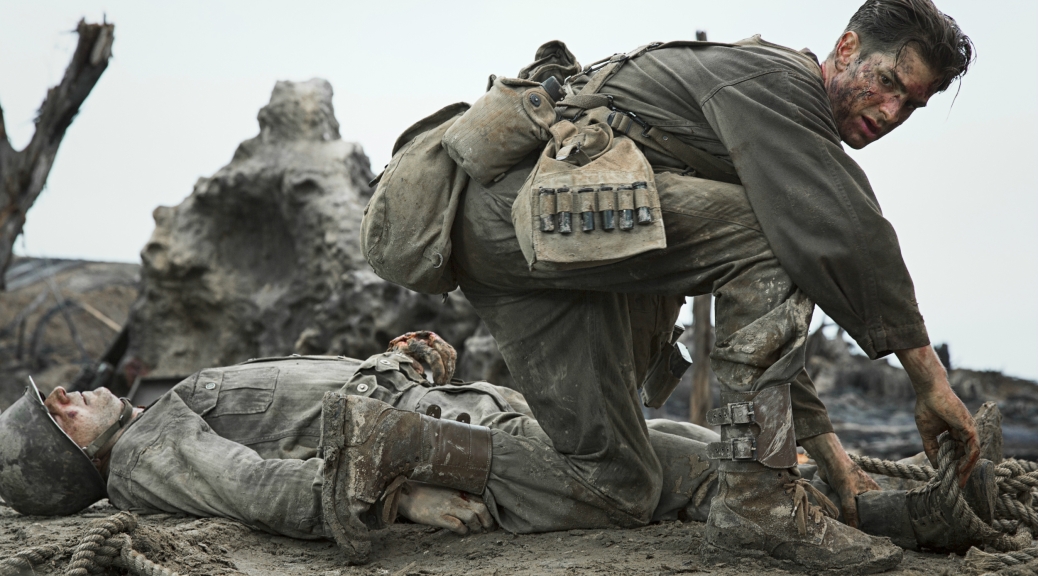 This is the age-old sentiment, a mantra for both the wearied soldier and the rallied activist. The opening montage of Hacksaw Ridge, captured in slow motion between dusty explosions that haze the screen, is the visual incarnation of this well-worn phrase. Flamethrowers and gunfire making charred puppets out of people. It is no storming of Omaha Beach in Saving Private Ryan, perhaps the modern framework of the war battle sequence, but it is still something.

Desmond Doss (Andrew Garfield), after being raised in a contentious household with an abusive father (Hugo Weaving, in a powerful but short turn), joins the army with the hopes of END_OF_DOCUMENT_TOKEN_TO_BE_REPLACED