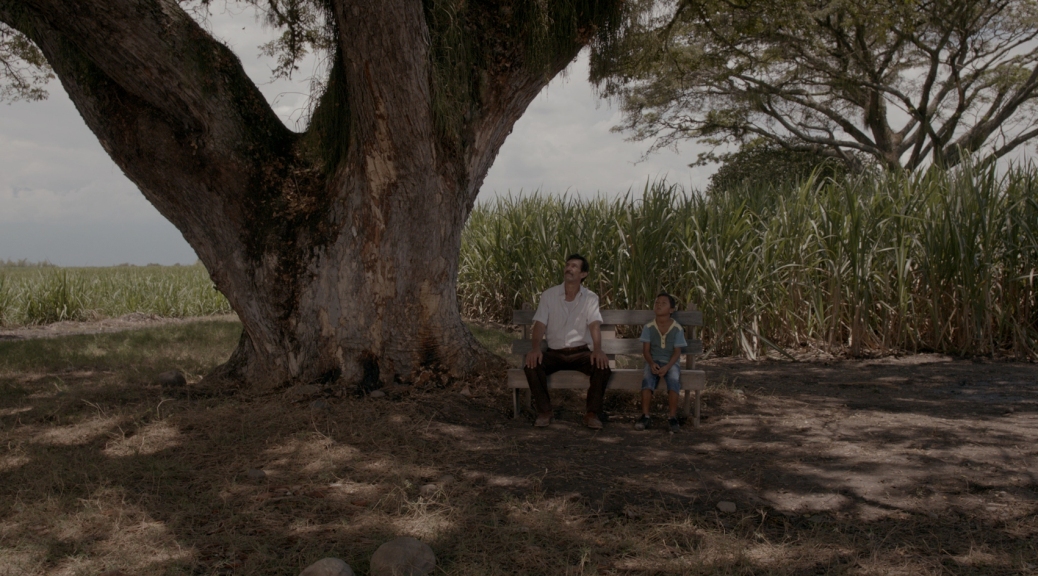 Alfonso (Haimer Leal) travels to his old home, where he meets the family he abandoned: his wife (Hilda Ruiz), his ailing son (Edison Raigosa), the son’s wife (Marleyda Soto), and his grandson (Jose Felipe Cardenas). 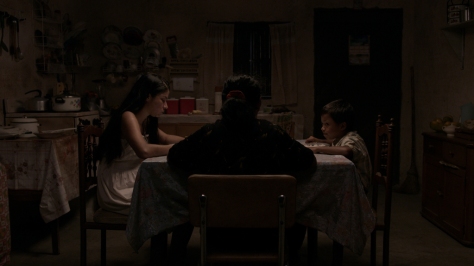 The first few shots of the film are simple yet magnificent. The opening shows Alfonso slowly walking toward camera at a distance down a dirt road, with a truck driving by, kicking up dirt before we really get a chance to see Alfonso. A few shots later, we see a dinner scene in which Alfonso’s wife Alicia, framed perfectly front and center, is shown with her back to the camera. Both of their introductions hide their faces in quietly brilliant ways.

Quiet is an apt way to describe this film. The camera allows for each shot to breathe on its own, even when nothing but ambient sound is there to accompany the shot. A scene of Alfonso sweeping a patio, comprised of four static shots, takes up about two minutes of screentime. This is an arbitrary act on its face, but the shots allow for it to resonant much more strongly, cuing us in that this act is more meaningful given its context.

The narrative is as quiet as the cinematography, but it is inviting in spite of its long silences. The interactions between Alfonso and his estranged family are stilted by the weight of his absence, but they are always passionate and heartfelt in their realism. A scene in which Alfonso and his grandson talk about the songs birds sing is one of the more beautiful scenes in recent memory.

Both in terms of narrative and cinematography, Land and Shade isn’t for those looking for flair or spectacle. Both aspects of the film are beautiful in their own right, particularly how the camera captures so much in such austere locations, but it is a subtle film in these respects. The camera purposefully distances itself from its subjects, because the world around them are characters just as much as they are. They interact with nature in ways that extenuate their own humanity, and pulling in close on their faces would only hinder any visual representation of such a relationship.

There are moments in Land and Shade that are breathtaking in their ability to distill the poignant and the beautiful into an image without resorting to fanciful tricks of the camera. There is something to be said for the static image in film, something that is not said enough, something that Land and Shade exemplifies in every measured shot it presents. If ever there was a film that shows the craft of filmmaking as an art form, it is Land and Shade.