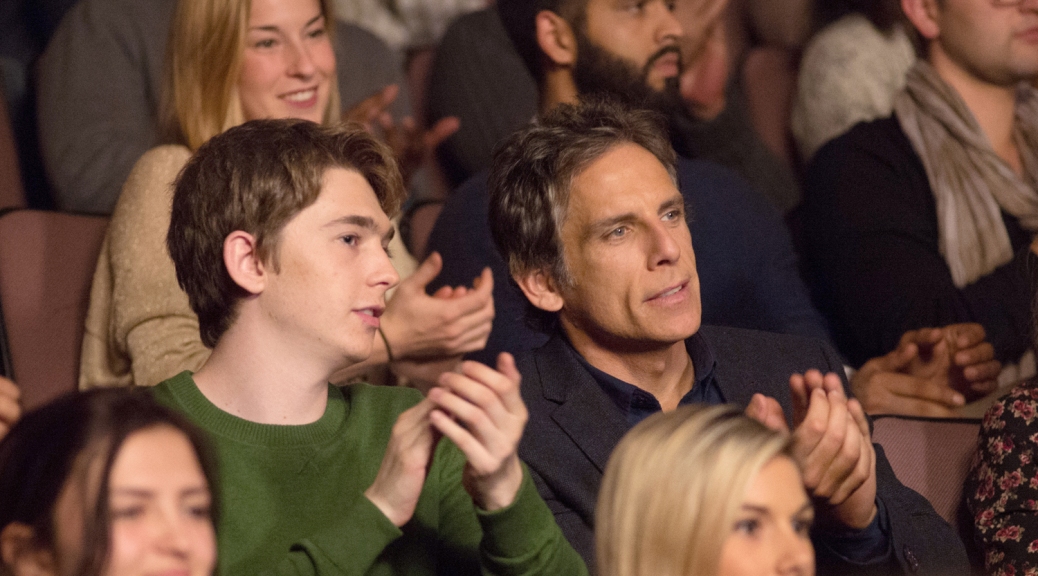 All of Brad’s (Ben Stiller) friends from college went on to do great things. Craig (Michael Sheen) has created a television career out of his time working in the White House. Billy (Jemaine Clement) sold his company and retired by 40. Jason (Luke Wilson) manages a hedge fund. Nick (Mike White, who also directs) is living it up the Los Angeles way as a Hollywood director. Brad, well…he runs a non-profit.

Now that Brad’s son Troy (Austin Abrams) is looking forward to college, Brad is faced with the envy and doubt that comes with aging. As he takes his son through the tour of Boston-area colleges, Brad is forced to face, both internally and externally, his feelings for his contemporaries.

Brad’s Status is told mostly through a neurotic internal monologue, in which Brad grapples with the worth of his life both locally in terms of those around him and globally in terms of his relationship to the world. It is a narrative structure that feels over-bearing, as it is a relentless onslaught of self-absorbed questioning.

However, this is by design. Brad is a frustrating character to follow, as he is an unsatisfied person who is not attuned to his own privilege. Even when a character, Troy’s girlfriend Ananya (Shazi Raja), explicitly points this hubris out to Brad he refuses to take stock of it until much later in the film.

All the same, Brad is a character worth sympathizing over. He cares enough about his son to garner our support, to the point where it feels appropriate when he starts showing glimmers of resentment toward the possibility of his son’s success.

Part of the success in garnering this sympathy comes from Stiller, whose sedate performance works well. Given that the bulk of his work in the film comes in the form of voiceover narration and staring quizzically into the distance, he sells the character impressively.

Austin Abrams, who plays Stiller’s son in the film, also does a great job. He captures the surface-level coolness of the teenage personality well, while also showing glimpses of the reality of the character that is hidden underneath. Overall, Stiller and Abrams make the film what it is, their chemistry easily the most engaging thing we are given.

While the use of voiceover to relay backstory and set up character motivation comes off as lazy, it feels necessary to tell this story of a man caught up in his own thoughts. The film does get bogged down by it (at least the brilliant score accompanies these static moments of internal monologue). However, Mike White is surprisingly successful in his attempt to make us care about a neurotic white man in the middle of his mid-life crisis.

This said, much of the film’s script is told in heavy-handed meditations. Stiller’s character waxes melancholic about the failings of his life in ways that, at times, are woefully pedantic. In one scene, while Stiller is sad about being in the economy section of a plane, he states:

This philosophical conundrum later becomes the thesis statement for Brad’s character arc, where he must reaffirm that the world does in fact love him and that he does in fact love the world. It is a superficial, hyper-sentimental attempt at groping at larger themes that gets lost in the endless chain of thoughts coming out of Brad.

Beyond this failed attempt to be something more than it is, Brad’s Status is a solid film to showcase the talents of Stiller and Abrams. The film feels static due to its incessant internal monologues, but it takes aim at a specific audience that will undoubtedly adore this film. 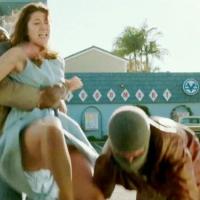