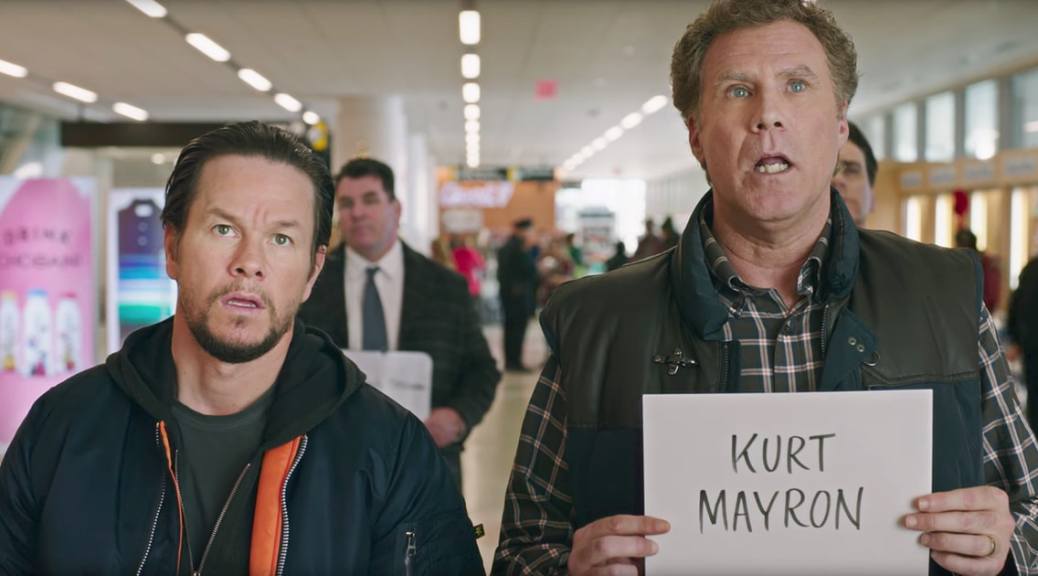 There is a moment early on in Daddy’s Home 2 where Will Ferrell’s character walks into the house after he and his “co-dad” Dusty (Mark Wahlberg) pick up their fathers (John Lithgow and Mel Gibson) at the airport and exclaims: “We’re back…with more daddies.”

That is all the summation necessary. From here, the film moves from location to location with only the slightest amount of coherent segue, setting up bits for the sake of themselves and then moving on unceremoniously, as if the writers are issuing tacit apologies and asking us to forget what just happened.

Everything else introduced plot-wise is tertiary and largely used as the butt of a joke. A character’s shop-lifting habit. A child’s conventional first crush narrative. A running gag about firearms that ends in a terrifyingly unexpected way.

Within this jumbled set of discrete bits and scenes are a handful of tickling moments. A gag about a thermostat. The clever, if not obvious, use of a Christmas song. A scene involving an overly cruel and oblivious improv comey troupe.

Also contained within are archaic conceptions of masculinity and relationships that end in a child being given (and acting on) cringe-worthy advice. These moments, perpetrated mainly by Gibson, are eye-catchingly hideous enough that it becomes a breeze to forgive the film for its obvious pratfalls and physical gags.

Most of these physical bits are constructed using physics that prove that logic and consistency elude this film. Roger Ebert had a habit of nit-picking comedies for their lack of logic, exercised for the sake of bits that just weren’t worth the reality-bending physics. Ebert would lose his mind over the gag in which a large strand of Christmas lights gets caught in the mechanics of a snow blower, causing Ferrell to be lifted into the air (as Ebert would say, “ho, ho”).

To be fair, the physical bits have their moments. The rule of threes in a snowball fight is executed pretty well, for example. Overall, though, the bad outweighs the good when it comes to the comedy. Many scenes play out to utter silence.

Ferrell and Wahlberg provide the same amount of chemistry and timing as the first film. It is the introduction of their characters’ fathers that is problematic.

Lithgow is a great actor. His comedic talents are wonderful. He makes some good use out of the material here, too, but his character is an absolute lunatic (self-described). Then there is Gibson, a maniac in a very different way. Both characterizations are part of the joke, but to what end is unclear. Gibson plays a monstrous character whose grizzly misogyny feels more horrifying than hilarious. And Lithgow plays the best alien he’s been cast as since 3rd Rock from the Sun, yet the film assumes we will sympathize with his human contrivances.

Daddy’s Home 2 resembles—is almost a mirror of—the film’s competitor A Bad Mom’s Christmas. Both involve generations of family struggling during the Holidays, to cynical results (until the obligatory happy ending, that is). And both cram a bunch of gags into a gift-wrapped package, hoping that at least a few of them will appear shiny.

Both to forgettable results.