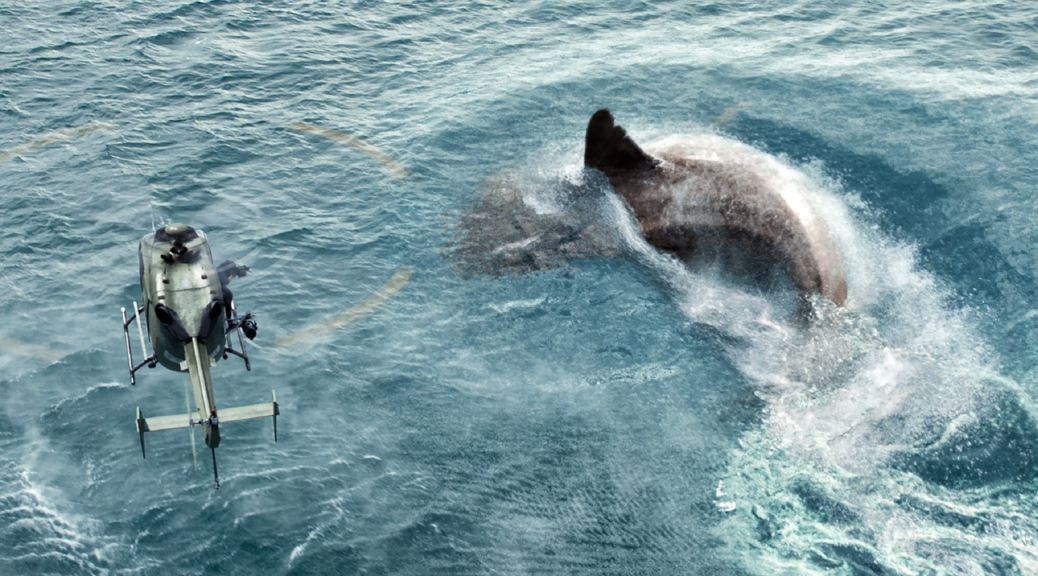 Sometimes it takes a movie like The Meg to make you wonder at how perfect a movie Jaws is. Of course, The Meg isn’t trying to be Jaws. It’s more self-aware than that. It’s Sharknado with a budget. It’s dumb fun meant to inflate the popcorn market. 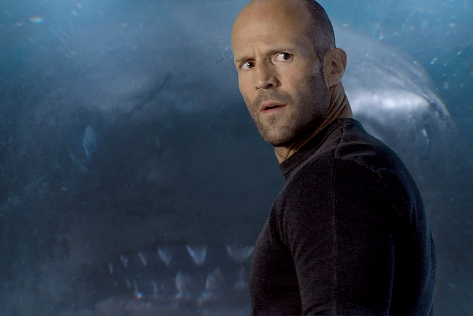 Right? I mean, it seems to take itself pretty seriously. When it’s in on the joke, it’s all in. Most of the time, though, Jason Statham and pals maneuver their way straight-faced around a giant mythological shark. It is harder to forgive the flaws when a giant shark movie takes itself seriously.

The Meg takes place aboard a research facility named Mana One. We first see it through the eyes of the wealthy man bankrolling the operation, Morris (Rainn Wilson). He has given the funds for Dr. Zhang (Winston Chao) and his daughter Suyin (Bingbing Li) to make the technology necessary to survey underwater depths that no one has before.

When things start going awry down below, the research team has to call in the one man who can save the day: Jason Statham, aka Jonas Taylor. Little do any of them know that what they are messing with is a megalodon.

Jaws is perfect, in part, because whenever we find ourselves in the water the tension is real, the threat is evident and closer than we might think. These segments, however, are only presented when the film requires the tension. That 95% of The Meg takes place in the water ruins the possibility of this tension.

Director Jon Turteltaub confuses effective tension with the repetition of a single technique. Every time the megalodon rears its ugly head, the film carries out the same rhythm. Amplified music accompanies a character’s frantic searching for the direction of the beast. Then the music cuts out quickly to make room for a sudden shark shock. The tactic is lazy. It’s boring. And never once does it make the scenario tense.

Add to this lame attempt at thrills a stockpile of limp, vacant characters and you have the recipe for one of the biggest cinematic duds of 2018. Statham plays the same Statham he always plays, and his character is the only one who does anything helpful in the entire film. Infamous underwater rescuer Jonas Taylor does just that. He saves people over and over again. The remainder of the cast has little to no personality and certainly does not serve a function beyond being shark bait.

The Meg is a gimmick. It dresses itself up in self-aware humor as if that will make up for its utter laziness. But the humor isn’t funny, and, when it comes down to it, the film wants to be Jaws. It merely lacks the courage of its convictions. It lacks confidence in itself, because the product lacks the basic grasp on tension needed to even nip at the heels of Jaws. The Meg is more Deep Blue Sea than anything else.

The film could have been a stupid B-movie with self-aware jabs. There is one very Deep Blue Sea moment that proves this as a possible alternate reality. Alternatively, the film could have tried harder at being a legitimate thriller. It does neither, more confident that the marketing of Statham’s face and a nod at shark week would be enough to bring in audiences.