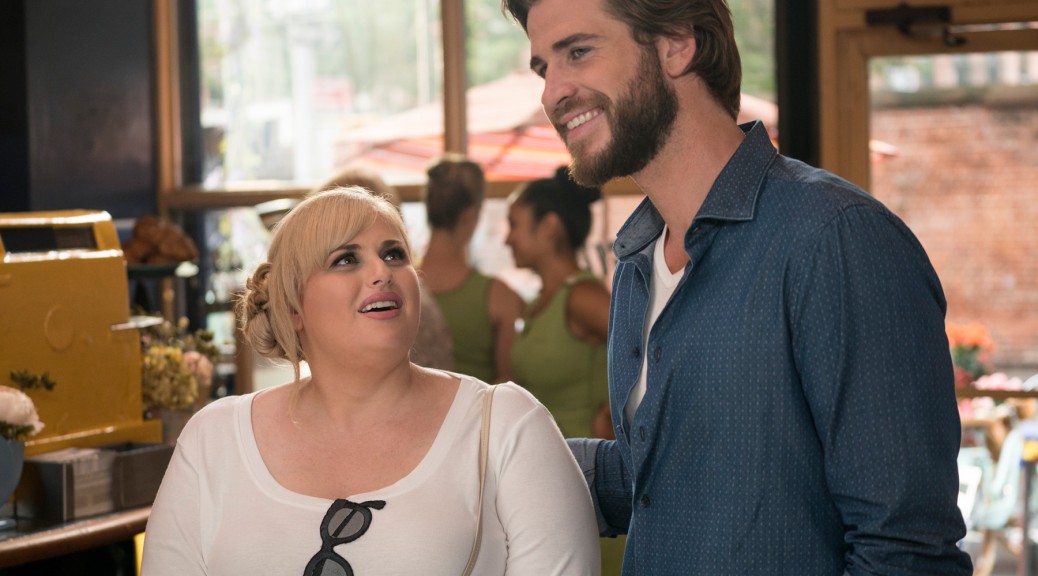 At an early age, Natalie (Rebel Wilson) is taught from her mom that she is not the type of woman they make romantic comedies about. Those movies don’t fit into real life; at least, they don’t fit into what her real life will be. “We’re no Julia Roberts,” Natalie’s told. If they made a movie out of her life, they would have to “sprinkle Prozac on the popcorn.” 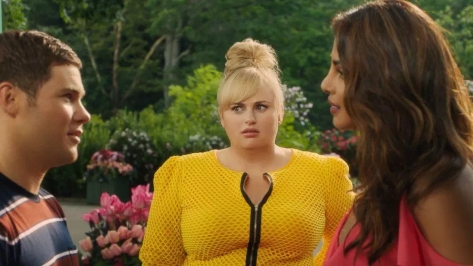 Natalie has carried these values, perhaps subconsciously, into her adult life. She assumes she is blind to the world, and thus she allows herself to be pushed around at work. She is an architect, but she lets her boss treat her as a secretary when their new client, the rich Blake (Liam Hemsworth) mistakes her for a coffee courier. The office administrator, tasked with fixing broken machines, has Natalie do it instead.

Natalie’s best friend Whitney (Betty Gilpin)—our only evidence that they are actually best friends and not just co-workers is Whitney claiming they are best friends—watches romantic comedies at work, to Natalie’s chagrin.

Natalie proceeds to go on a rant about the falsehood that is the romantic comedy. It is certainly not a new set of critiques, but it feels especially clunky in Todd Straus-Schulson’s Isn’t It Romantic due to the film’s sharply-pointed premise. See, Natalie is going to conclude this conversation and go on to hit her head during an attempted mugging, thereby setting into motion her transportation into a real-life romantic comedy. From there, she will have to learn how to love in order to return to her former life.

This premise pierces into every joke the movie provides, and the joke is that Natalie does not like the premise she is given. To have Natalie explain every cliche and tired trope that Isn’t It Romantic is about to explore is slightly redundant. It lays out every beat the film is about to hit before any humor can be mined from them.

Most of the first act is doing this redundant premise work. Natalie is “blind to love.” People would have a better time seeing her if she were “open.”

Once the film enters its world of generic parody, once “someone put[s] a beauty filter over New York City,” there is room for humor. It is getting there that’s clunky. And getting out.

But the initial flare of the colorful, glitzy, pop song-infused New York is comic. There are flowers everywhere, to which Natalie is allergic. Hemsworth’s playboy mogul turns into a doting, Australian love interest (the running thread of his use of the term “beguiling” is particularly cheeky). Profanity and sexual situations are skimmed over with car horns and cross dissolves to accommodate the PG-13 rating of this environment.

It is a humorous conceit. Although, the cliches are amplified to a grating degree; this is part of the comedy. But the joke is often that the cliches exist in amplified degrees, not that they serve the parody towards larger comedic goals. The story from Erin Cardillo provides the largest source of comedy: the premise. The final script, though, lacks a longevity that would serve the parody.

The film is dressed as a parody, yet its comedy comes predominantly from a recognition of its parodic premise, as opposed to parody proper. It plays into some of the worst elements of the genre it houses itself within, but it also wants to live in harmony with the cliches. Thus, it is similarly cloying and saccharine and obnoxious as a bad rom-com without the full satisfaction of self-aware cynicism, because it quickly does away with irony.

Perhaps cynicism is not the right approach for the crowd the film is reaching for, but starting with that cynicism and replacing it with the genuine affections of a rom-com doesn’t square. In this regard, Isn’t it Romantic cannot have its cake and eat it, too. It’s just the frosting: sugary and crusty and, by the time its gone, slightly nauseating.

But I’d be lying if I said it didn’t give me isolated moments of belly laughter. Rebel Wilson and Liam Hemsworth do some good work with the conceit of their relationship, their weird, artificial chemistry playing for laughs consistently. 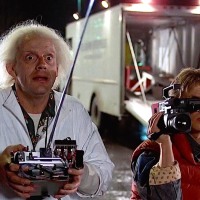