The premise of Willy’s Wonderland resembles the video game Five Nights at Freddy’s. Everyone knows it. They probably knew it when they made the movie. Call it a ripoff if you’d like. I can’t really say, myself, as I’ve never played the games (from what I understand, the enjoyment derives mostly from jump scares, which just ain’t my bag). But there is something to the idea that Willy’s Wonderland is a video game movie of sorts. For one thing, the unnamed protagonist played by Nicolas Cage doesn’t speak—a feature of many a video game.

Cage’s character, a silent stranger who rolls into the rural town of Hayesville, Nevada (the town is so untouched by the modern world that it does not have an iota of internet access), finds himself with his tires blown out on the side of the highway. Towed back to town, he doesn’t have the money to afford repairs. Luckily, he is offered the opportunity of a lifetime: clean the rundown children’s entertainment venue Willy’s Wonderland so that it can be ready for renovations and reopening (or so he thinks), and the owner will pay for his car repairs.

So all this janitor has to do is stay overnight in an abandoned Chuck E. Cheese-style establishment populated with furry animatronics and clean the place. Easy enough. The man has enough Willy’s Wonderland employee T-shirts, cans of “Punch Pop” energy drink, and duct tape to get the job done! Oh, and he also has to survive these sentient animatronics who want to murder him and feast on his flesh.

Willy’s Wonderland also resembles a made-for-television film called The Banana Splits Movie, in a which the final taping of a beloved children’s television program goes awry when the animatronic characters who are programmed with the prerogative that “the show must go on” realize that they’ve been cancelled and start killing everyone in sight. (This is a truly bonkers premise for a film given that it uses the IP of The Banana Splits, an actual children’s TV property from the late-1960s formerly owned by Hanna-Barbera).

The Banana Splits Movie is not a great film, but it does have a pretty compelling hook for its mechanical villains. It also grapples with tone in an intriguing way—it is a clear comedy film that nevertheless provides one or two fairly unsettling horror set pieces. It is a gnarly, mean little film that I’m sure some horror fans would enjoy to some extent.

Willy’s Wonderland, on the other hand, struggles in the tone department. It’s also a clear comedy. One could say Cage is portraying a stoic clown—a mute physical performer choreographing comic set pieces in which he faces off against the mechanized killers. The film is kitschy and built around punchlines, the most effective being a runner involving the aforementioned employee T-shirts (and let’s not forget the fact that these machines contain so much motor oil that they appear to bleed profusely when bludgeoned). The difference between Willy’s and Banana Splits is that Willy’s Wonderland doesn’t have much to provide in the horror department.

Viewed, then, as a pure comedy, the film is serviceable, if not lacking in an adequate comic plot. Cage’s performance is delightfully deadpan. And while the character’s complete nonchalance to his dangerous surroundings renders any attempt at building stakes or tension a futile endeavor, I think I prefer the killer animatronic film that chooses no stakes over the one that attempts to make something serious and gritty out of a film about a killer weasel puppet.

That said, the concept is better than the execution, as there is only so much visual variety to be had from Nicolas Cage bashing animatronics’ heads open. Set pieces often progress with an increasingly jittering camera which resembles a bad found footage film. And your mileage with this sort of horror cheese might hinge on your appreciation for late-80s slasher fare (which is to say, the sillier later half of the slasher cycle). Perhaps this explains why I’m somewhat soft on Willy’s Wonderland in spite of its obvious flaws (repetitive set pieces, erratic visuals, running gags which don’t pay off, a less-than satisfying climax). What can I say? I have taste. I never said it was good taste. 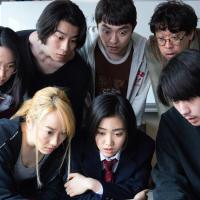