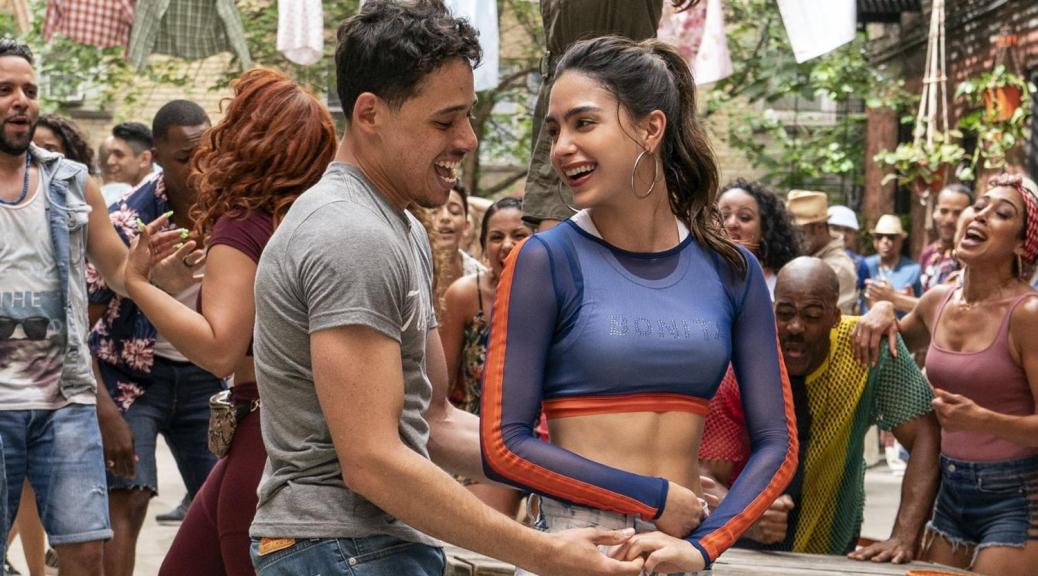 In the Heights is the first big post-pandemic movie to feel like a theatrical event. That was my experience, anyway. And this is coming from someone who’s never seen the stage play from Lin-Manuel Miranda and Quiara Algeria Hudes. Someone who has only a passing knowledge of film musicals in general.

Tenet was pushed early in the pandemic as the theatrical savior (I recall the whole world chanting in chorus, “if Chris Nolan can’t do it, then who can”). That proved to be too early and, frankly, not nearly splashy enough for a blockbuster. Just last weekend, A Quiet Place Part II and Cruella sparked life into an American box office which had been more or less comatose for over a year. The former is a popcorn-munching thriller with its pluses and minuses (I can’t speak to the latter). But it’s not In the Heights.

Jon M. Chu’s follow-up to the lavish and vibrant Crazy Rich Asians doubles down on the extravagance, painting the blocks of Washington Heights, NYC with lively choreography and the occasional cinematic flourish. The film feels big. Its two hour and 23 minute runtime is jam-packed with electrifying musical numbers and a dynamic pace, causing it to rarely feel its length. And while the film’s narrative is hampered by the occasional cloying plotline and is colored by over-sentimentality, the sheer heart-on-its-sleeveness of it all is inextricably linked to its palpable energy.

The framing device which allows Usnavi (Anthony Ramos) to tell his story of his history in the Heights is pat and over-utilized. The will-he-or-won’t-he A-plot in which he plans to move back to the Dominican Republic, along with the romantic subplot which is mixed up in this decision, is slightly too overwrought. Yet this A-story is not truly the foundation of the film—it feels like set dressing on the backdrop of the larger, more vicariously emotional narrative of community (and the creeping force of gentrification which threatens it) which provides the film its heartbeat.

Chu’s direction of musical numbers hits sharp peaks throughout the film’s runtime. The film’s emotional and cinematic crest occurs at a pivotal moment of transition. It is a scene where Olga Merediz’s Abuela Claudia steals the show, her solo performance projecting intense pathos. It is the most somber point in the film, which may have read uncharacteristic sandwiched between extravagant musical set pieces were it not for Merediz’s flooring performance and Chu’s sudden restraint.

The film also benefits from its ensemble cast being effortlessly likeable. The core four performers—Ramos, Melissa Barrera, Leslie Grace, and Corey Hawkins—exude a saccharine charm (which, in a lesser musical, would be insufferable), and at their best moments these performances are magnetic.

In the Heights is glossy and big and sentimental. It is perhaps too much gloss and sentimentality for some, but this material probably wouldn’t work right without that. I cringe at the thought of embodying the “this is the movie we need right now” critic cliche, but…this is the first time I’ve felt genuine excitement seeing something new in a theater since early 2020 (if not earlier still). A fun, vibrant film like this might be the medicine the moviegoing audience is searching for right now.

In the Heights: B+