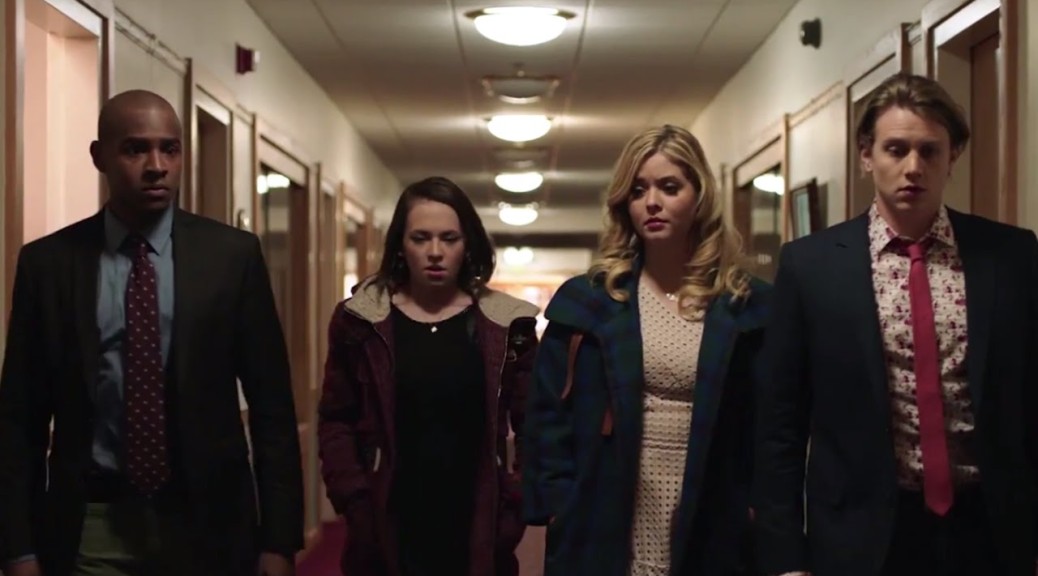 Son of the headmaster of his prep school, Jason Hodges (Alex Saxon) gets more than he bargains for during a mundane field trip to the U.S. Mint. While Jason attempts to get the school “hacker” to change his bio grade, his father is arrested for embezzling. 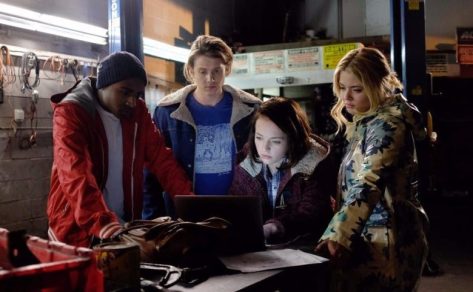 In the fallout of this, the school is forced to enact cuts to all extracurricular activities. And this is an adequate amount of parts for a teenage dramedy straight out of the 1990s. Only, without all of the energy of a ’90s teen movie. And the film ends up coming off more like a teen film from the 1980s. Only, without the originality.

Coin Heist is, in spite of what the above summary outlines, exactly what it sounds like. A couple of high school students, with little to no actual motivation, decide to rob the U.S. Mint. You have the standard heist tropes: the leader (chosen as such because he is framed as the protagonist of the film, not due to any ability to lead), the tech (because she is labeled as a hacker from moment one), the…other tech (because he is a car mechanic), the…fourth person (because three isn’t enough moving parts).

The film flies past characterization far too fast, so it is a good thing that the characters can be defined, and sometimes explicitly are, with simple phrases. Our female lead is a “computer geek,” a “gamer girl,” and a “hacker.”  She also serves as a love interest for our protagonist, and we all know that 1 + 1 = Depth.

Coin Heist is The Perfect Score with quarters. It is likely just as forgettable. With its lack of character, the focus is on the plot to keep things exciting. When the heist begins and things start going wrong, there is some genuine interest to be had in the time sensitivity created by these foibles. However, the delay in progression is merely as a means of convenience, a clear artifice.

Michael Cyril Creighton gives a good performance as the major obstacle in the way of the young thieves. He has energy, at the very least. Perhaps it is because he is filling the most entertaining teen film trope—the uptight, antagonizing teacher—but he is the most fun part of this film.

Coin Heist doesn’t quite stick its flag into the dirt. Characters act like teens in teen movies act. They have relationships that they are expected to have in such films. The novelty of the film hinges on the break-into-a-coin-factory plot that is more of a subplot than an A-plot. The quadrangle of characters interact with each other in some interesting ways, particularly given the lack of depth. But it’s just not enough.