Based on the memoir by Jeannette Wells, The Glass Castle tells the story of four children raised in an inconstant, emotionally troubling household. The family, led by an alcohol abusing patriarch (Woody Harrelson), moves from squat house to squat house to avoid paying taxes. The children do not go to school. The family, at one point, resorts to showering at the public pool.

The films feels most readily akin to last year’s Captain Fantastic. Only, it lacks the “fantastic.” Perhaps the book from which this film is adapted depicts Wells’ family life as a bittersweet but ultimately heart-warming tale of dysfunctional upbringing. But this film does not.

It does try, though, to disastrous tonal results. With each sequence, Harrelson’s father figure is meant to be demonized for how his alcoholism leads to child endangerment and neglect. Even from his introduction, where he verbally lashes out at a doctor for trying to treat his injured children, we are aligned against him.

Instead we are aligned with Jeannette (Brie Larson). Larson’s character too seems to want no more of her father. She actively avoids him, and whenever she can’t he winds up ruining the moment.

Despite all of this, his character is meant to have a graceful exit, one where his past sins can be forgiven. Conveniently, the film chooses only to show the heartfelt positive memories of Jeannette’s relationship with her father at this point in the film.

Granted, Harrelson brings his best to the role, with glimmers of real prestige acting potential, but his character’s redemption is too little too late. Given it is the crux of the film, it really brings the emotional weight of the whole film to a drastic lowpoint.

It is hard to say that the performances make up for the tonal shortcomings of the narrative. With the likes of Watts and Larson in the cast and the subject matter being discussed, this seems like the prime film for early Oscar buzz. But these performances come off rather flat given the actors’ talents.

There are glimpses of a better film within the one we get. The scenes that take place in Jeannette’s early childhood set up the family dynamic in illuminating and intriguing ways. The film never makes good use of this setup. It just does its best to emotionally manipulate its audience into feeling exactly what is required of the narrative at any given moment.

In the end, The Glass Castle doesn’t know whether to be inspiring or condemning of the lifestyle it presents, so it attempts to do both. As a result, it is more contrived than it is emotionally affecting, making poor work out of its source material. 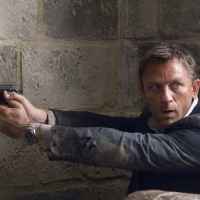