Director Tim Hunter is perhaps best known for the crime drama River’s Edge starring Keanu Reeves. He has since directed the occasional feature, but most of his work is done on television programs. Fittingly, his Smiley Face Killers has the appearance of a teen drama show (like Riverdale or Scream: The TV Series, two shows Hunter has worked on).

I don’t say this disparagingly; it is simply an apparent feature. The young actors are lit and shot like they are models in an advertisement. Soft focus accentuates them in the frame. Soft, high key lighting highlights their features. At one point, a major character strips down and takes a shower, and the camera lingers on END_OF_DOCUMENT_TOKEN_TO_BE_REPLACED 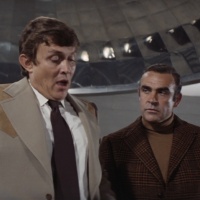