Hotel Transylvania is a strange equation. Take Sony Pictures and add much-acclaimed animator Genndy Tartakovsky, a script co-penned by Robert Smigel, and a cast of voice actors featuring Adam Sandler and his frequent collab buddies. Sounds like a too-many-cooks disaster. 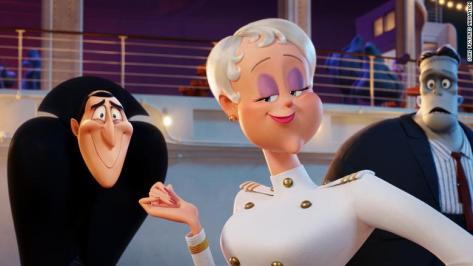 It was a hit. Two sequels later, not much has END_OF_DOCUMENT_TOKEN_TO_BE_REPLACED

Apparently the liberal creatives behind the film are frustrated with the lack of liberal media attention for the film, and the conservative audience is the one championing the film for not sugar-coating the incident—although, to play devil’s advocate to the IndieWire piece, a good number of liberal-minded critics have given the film positive reviews.

All the same, most moviegoers are END_OF_DOCUMENT_TOKEN_TO_BE_REPLACED