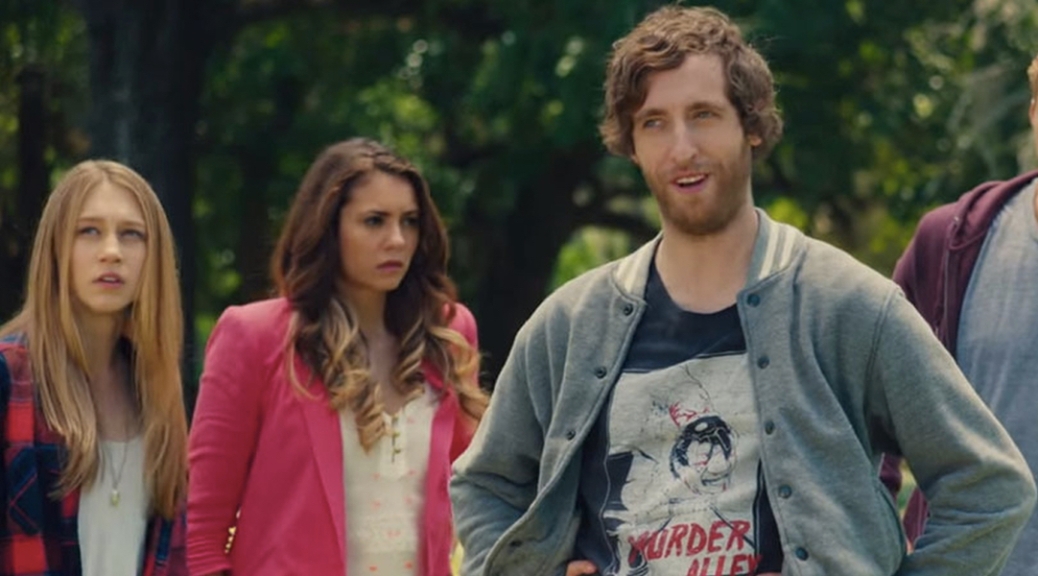 The Final Girls opens on a fake movie trailer for a B-movie horror movie called Camp Bloodbath. It is a solid comic send up to 80’s slasher franchises such as Friday the 13th. 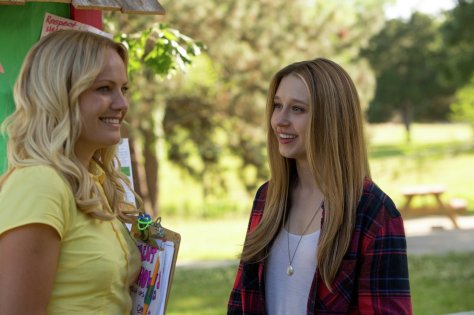 Then we see the star of the film, Amanda Cartwright (Malin Akerman) and her daughter Max (Taissa Farmiga). She’s washed up but is just glad that she has her daughter in her life. Then, you know, she dies. She dies in a CG catastrophe of a car accident.

Three years later, Max and a series of her friends attend a Camp Bloodbath double feature. In a freak accident, the theater catches fire. The crew cuts through the screen in order to escape, only to find themselves transported into the narrative of the film.

As the friends search the woods looking for signs of civilization, a van full of characters from the film drive by blaring Toni Basil’s “Mickey.” 92 minutes later, the same van drives by blaring the same song.

It’s a novel approach to the horror comedy. The non-movie characters can hear the film’s score and initially believe that they cannot be killed by the film’s masked killer. Initially. Thanks to Camp Bloodbath fanatic Duncan’s (Thomas Middleditch) self-aware explanation of their situation, a la Jamie Kennedy in Scream, the group devises a plan: follow the final girl. The final girl in a horror film is the virginal protagonist, aka the only one left alive at the end of the movie.

Unfortunately, Middleditch’s role is only large enough to provide this meta monologue, his comedic relief up to this point being wonderfully on point.

The film’s ensemble cast beyond this is just as strong, at least. The entire cast of the movie-within-the-movie is delightfully over-the-top in their strict adherence to the cliches of slasher horror. And Farmiga holds her own as the film’s lead.

The unique conceit to the film is what ultimately holds its success. As the non-movie characters blend with the movie characters, the plot of the movie-within-the-movie bends to accommodate. Wrinkles form, and cinematic conventions bend similarly. Sometimes, it seems like these conventions are exploited simply for the sake of exploiting them, but for the most part this is the best aspect to the film.

The film’s only downfall is its genre association. Clearly attempting to be a horror comedy, The Final Girls abandons comedy in its final third. This is unfortunate, because comedy is where it excels. It is in no means an effective horror film. The result is a climax that drags instead of thrills.

Aside from this back-end stumble, The Final Girls is an indie surprise. It may channel Wes Craven’s meta-eye with a tad too much familiarity, but it provides a unique take on warping the conventions of horror.

Have you seen The Final Girls? If so, what did you think? Let me know in the comments!