There are a few factors that go into the choice of Best Original Score: name recognition, a score’s importance to a film, the prominence of the score over other sonic elements, the overall success of the film itself, etc.

In the case of the 2018 crop of Golden Globe nominees, these factors don’t really narrow anything down. But it’s still worth a try! 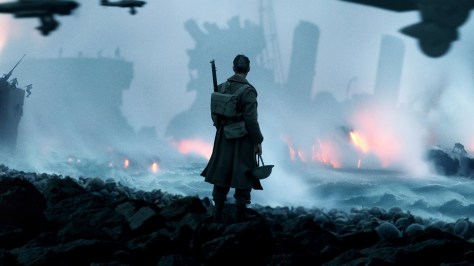 All the men in this category are fairly well-known musical entities. Most of them have been here before (the exception being Radiohead guitarist Jonny Greenwood, although he has composed for Paul Thomas Anderson on three other occasions), and three of them have won Oscars.

The traditionalist in me is leaning toward Williams taking this one. It is nearly impossible not to take him as the safe pick, given his storied career. However, Hans Zimmer’s score for Dunkirk is so integral to the sonic atmosphere of that technically marvelous film. It seems like the award should be Zimmer’s, and in other years he would be the obvious favorite. This is a stacked category this year, which makes the certainty of the pick a hard sell.

Although a long shot, it would be nice to see Burwell take the award for Three Billboards. I don’t know, there’s a nice atmosphere to it.