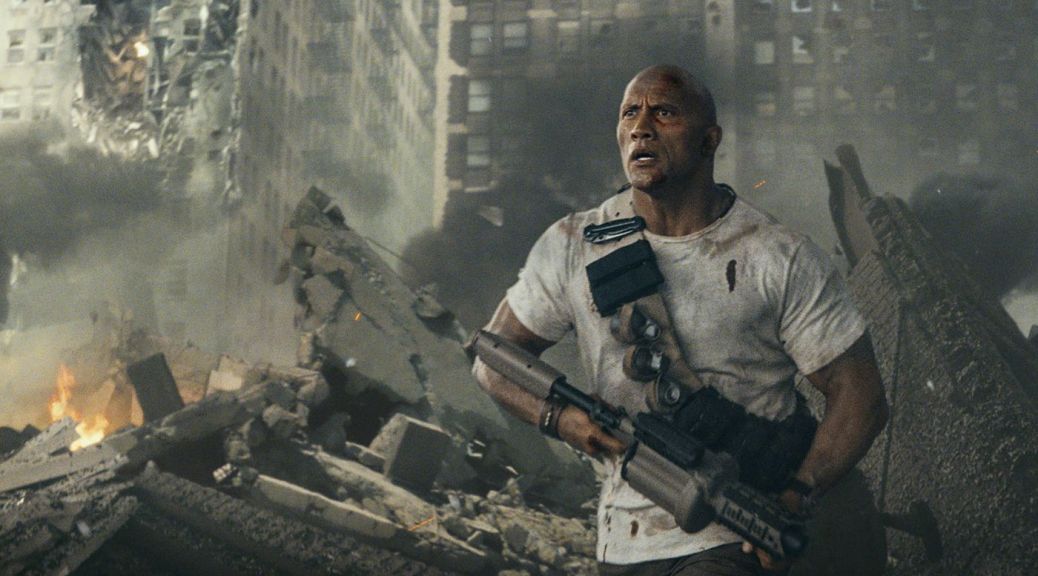 Rampage is a 1980s arcade game in which three giant, mutated animals—a gorilla, a lizard, and a wolf—stomp through city skylines. The monsters tear down buildings, destroy military vehicles, and eat people. All for points. The game was popular enough to be ported over to multiple video game consoles. 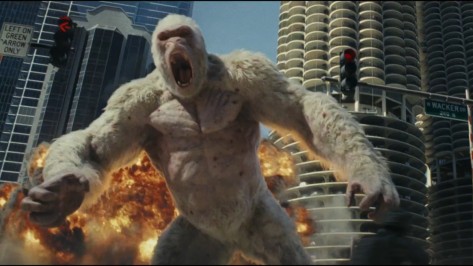 The video game has no story and few characters (the monsters are given names, at least). Yet, somehow, Hollywood has managed to give the intellectual property both of these things. At least, enough of these things to produce a marketable movie.

It isn’t as if the creatures of Rampage are devoid of cinematic connections. George, the albino gorilla, is reminiscent of King Kong as he climbs up skyscrapers. As Lizzie, the…well, the lizard, obviously, climbs out of the sea, it is reminiscent of Godzilla. And Ralph, the wolf, is not unlike the werewolves of many a film.

Brad Peyton directs this action spectacle that takes just a page or two out of the creature feature tradition. The creatures are compliments of goofy white collar villains portrayed by Malin Akerman and Jake Lacy. They head a science technology company that is testing dangerous chemicals in space. Chemicals that genetically modify animals by splicing in positive genetic traits of various other animals. Three tubes containing these chemicals drop from space, thereby infecting the gorilla, wolf, and alligator.

George, the gorilla, is in preservation in San Diego. His handler is Davis (Dwayne Johnson). When we meet Davis, he is surrounded by coworkers. The opening scene is meant to establish a comedic rapport between Johnson and the three other actors. After the setup is complete, and George starts mutating, these other characters completely disappear from the movie.

In their place, we get characters portrayed by Naomie Harris and Jeffrey Dean Morgan, begging the question as to why we were introduced to a team of characters earlier. The understanding between Davis and George (who can understand essentially all the nuances of human speech) is that family needs to protect one another, yet the film apparently does not preoccupy itself with any of that.

In fact, the film does not have anything on its mind. That is the charm of it, I suppose. There is no pretense; the plot is merely a means to set up a giant video game set piece.

This means to an end mentality may work when it comes to the film’s gigantic climax, in which buildings are leveled, monsters attack monsters, etc. But it leaves the other two-thirds of the film flat and tedious. The acting performances from Johnson, Harris, and Morgan can be fun to watch at times, but the dialogue they are given to read does not do any favors for the bland pre-climax film.

The climax itself is adequate. Some of the choreography looks like the game. It is explosive and loud and flashy. It is the highest level of fun that the film attains.

That said, Rampage is mindless and tedious. It may be okay with its own mindlessness, but that it rarely manages to be entertaining is inexcusable. For the 20 minutes of well-executed bombast (the CGI work on the animals, particularly the gorilla, is commendable) there is almost 90 minutes of lagging story and character work that doesn’t pay off in satisfying ways.

Perhaps if the writing did the film any justice, especially in terms of the comic relief. Ah, well. 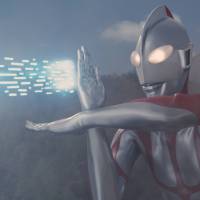 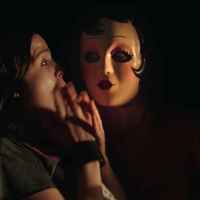 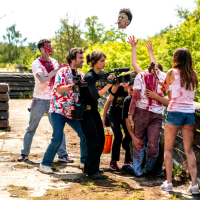