Ana Lily Amirpour’s debut as a feature director came in the form of the genre-bending vampire romance film A Girl Walks Home Alone at Night. The film, shot in supple black and white over a soundtrack of trance-inducing electronica and angsty punk, was a beautiful piece about maintaining relationships in an environment rife with isolation. 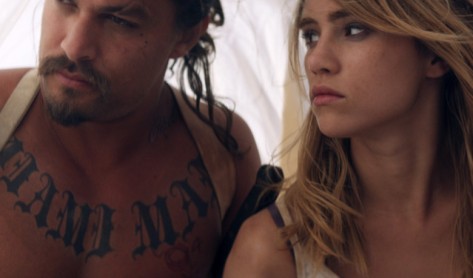 On paper, Amirpour’s second film The Bad Batch exists in a similar world. Arlen (Suki Waterhouse) is released from “Bad Batch” prison into the desert wilderness of the Texas-Mexico border.

A dystopian world in which cannibalism is a viable form of survivable (viable to the point of being morally questionable as opposed to morally intolerable), isolation is all Arlen has. Especially after she is captured by a family of cannibals and END_OF_DOCUMENT_TOKEN_TO_BE_REPLACED