Clown, “presented” by notable horror director Eli Roth and written-directed by Cop Car and future Spider-Man: Homecoming director Jon Watts, has gotten a U.S. VOD and limited theatrical release after two years. The film was made and premiered prior to Watt’s last year’s critical darling Cop Car, and it is a psychological horror film involving everyone’s favorite terrorizing force: Clowns. 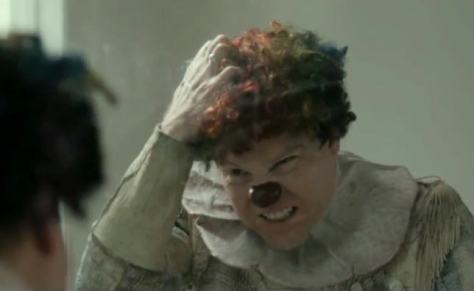 The Summer movie season is over. As such, the obligatory Summer wrap-up list must come out. A lot of movies graced moviegoers’ popcorn-greased faces this Summer, making it hard to whittle a list down to an even and psychologically-pleasing 10.

So, let’s start with some honorable mentions.

END_OF_DOCUMENT_TOKEN_TO_BE_REPLACED

Director Jon Watt’s Cop Car opens on two boys (Hays Wellford and James Freedson-Jackson) walking through a field carrying walking sticks as big as their bodies. They alternate reciting swear words; one gleefully energetic and the other dourly reluctant. Both are confident in their juvenile assumptions.

The pair come across a police squad car parked in the woods with no one attending to it. They cautiously approach it as if it is some wild beast, throwing rocks at it and fearfully running up to touch it. Then, they realize that END_OF_DOCUMENT_TOKEN_TO_BE_REPLACED